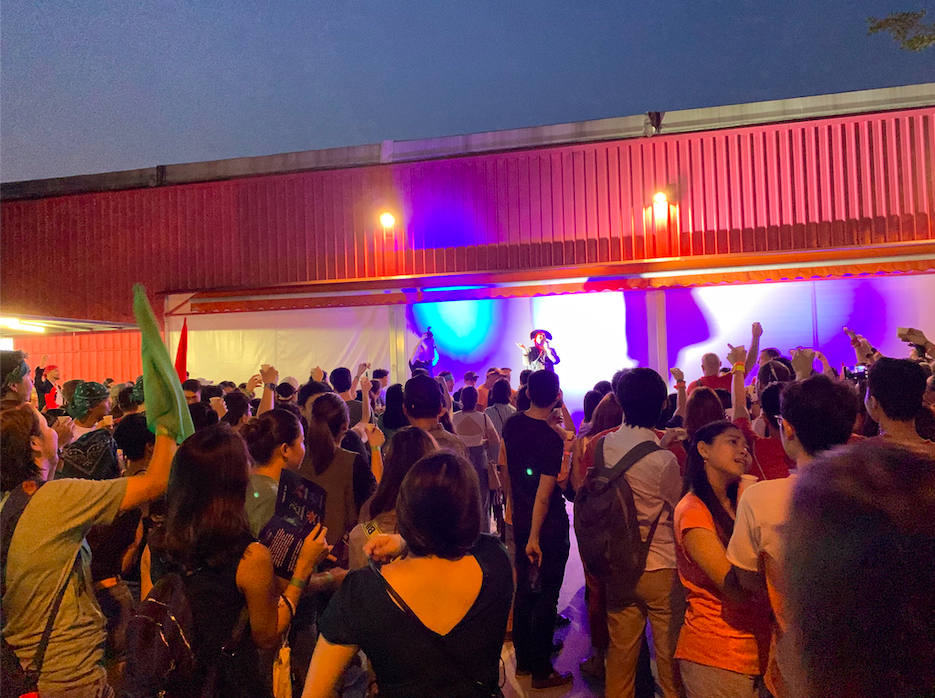 While local theatre company Andsoforth is better known for their immersive dining experiences, their recently concluded one night only event, Treasure Islands, took their art to a new level as they presented a sprawling treasure trove of colourful rooms for guests to explore.

Taking place in a huge warehouse in Jurong, Treasure Islands pre-grouped audiences into four distinct colour-coded groups when purchasing tickets, and further sub-divided them into numbered groups upon arrival. 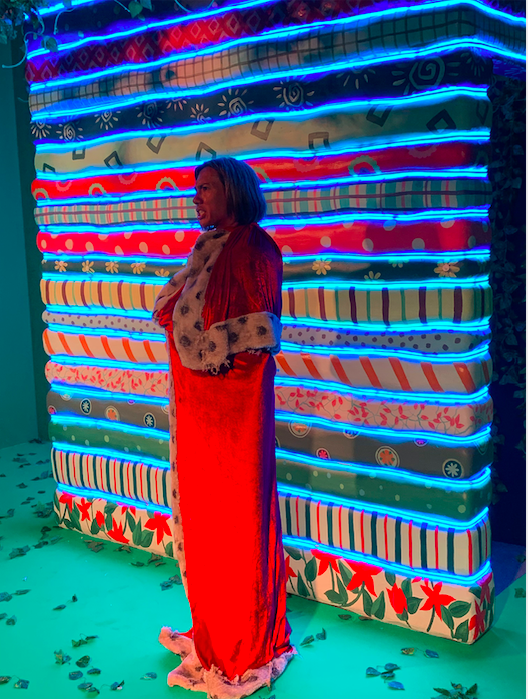 Encouraged to dress according to our team colours, we were treated to a musical performance by gypsy-bohemian concept band The Lost Hat as their sounds brought us straight to a foreign land. Being so far out of the city, one felt as if one wasn’t in Singapore anymore, and the infectious buzz from the audiences’ excitement was all we needed to get hyped for the night ahead. 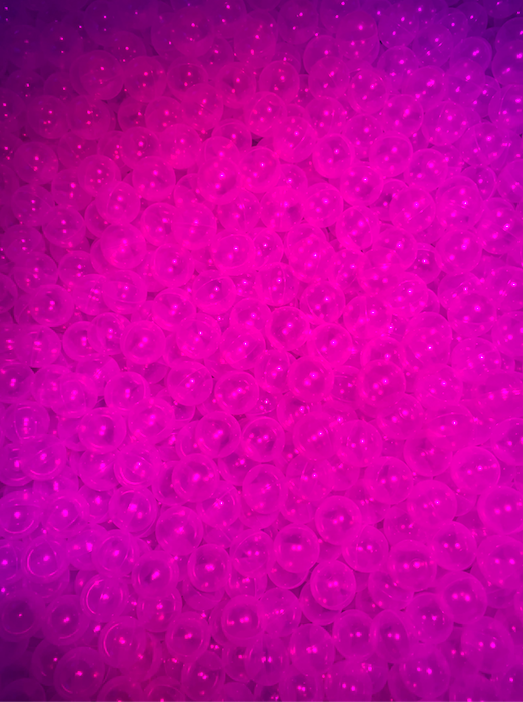 Led by Jon Cancio all dressed up in full pirate gear, the audience was informed of the competitive aspect of the journey we were about to embark on, pitting ourselves against the other coloured teams in a battle of who could garner the most gold coins from the islands we were about to land on. The competition certainly fired up all the teams, and with a good pre-performance toast with a shot of rum, we were ready to go all out and have a wild night. 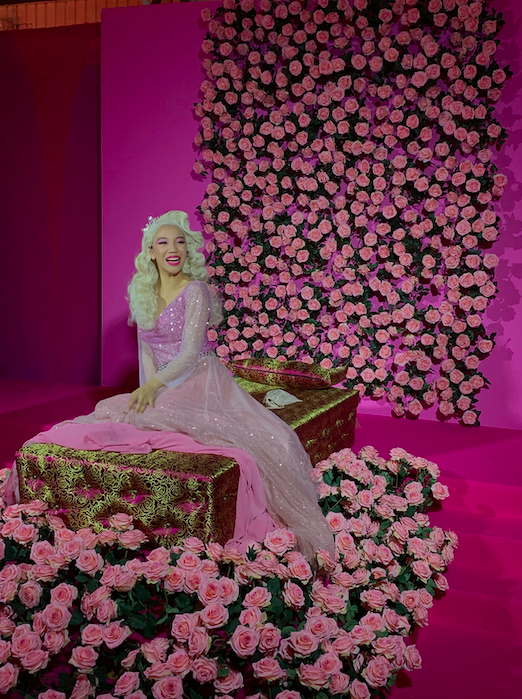 While we were teamed up with complete strangers, sheer enthusiasm alone was what made the night that much more fun, as we worked together to complete tasks while exploring all 20,000 square feet of the warehouse. While wait times in between rooms could be a little lengthy at times, Andsoforth provided a ‘Pirate’s Cove’ area selling food and drink for teams to take a break, sit down together and enjoy a bottle o’ rum together. Not to mention, the various characters and guides we encountered provided each team plenty of mini-challenges along the way to earn a few more coins when we worked together to complete a task. It’s these little moments in between that really counted, and contributed towards one’s enjoyment and sense of fulfilment from taking part in the entire experience. 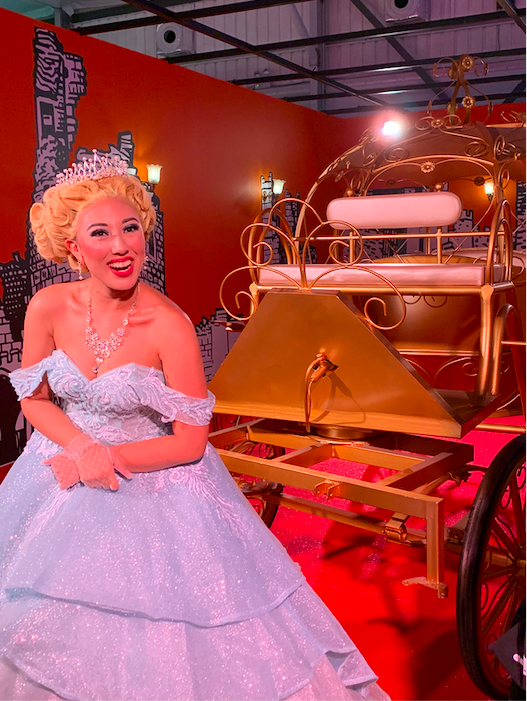 It’s easy to fall in love with the various rooms Andsoforth has set up for Treasure Islands; anyone who’s had an inkling of a childhood will immediately recognize some of the characters they’ll meet across the archipelago of ‘islands’, ranging from Snow White to Aladdin, the Candy Witch from Hansel and Gretel to Alice from Alice in Wonderland. 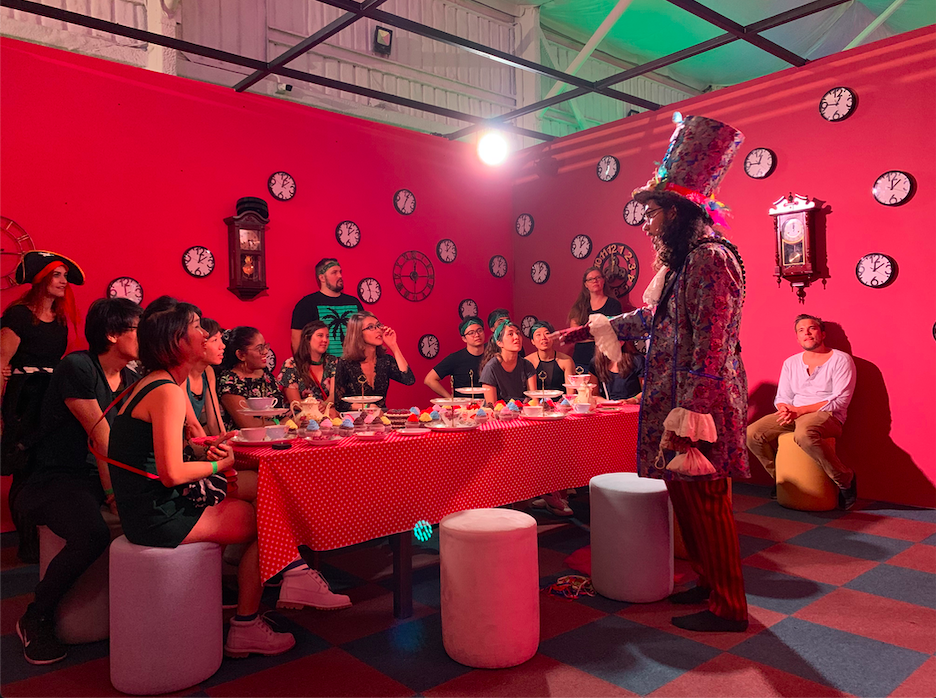 In each of these rooms, characters set tasks for audiences to complete (earning them coins), while phones and cameras are of course, encouraged as guests snapped photos of the colourful, often neon-light filled environments they found themselves in, almost as if transporting from one fairytale world to another with every door opened. always charming, amazing that in the short time spent to create everything, well done,  It helps of course, that the performers were engaging and fully committed to their roles. 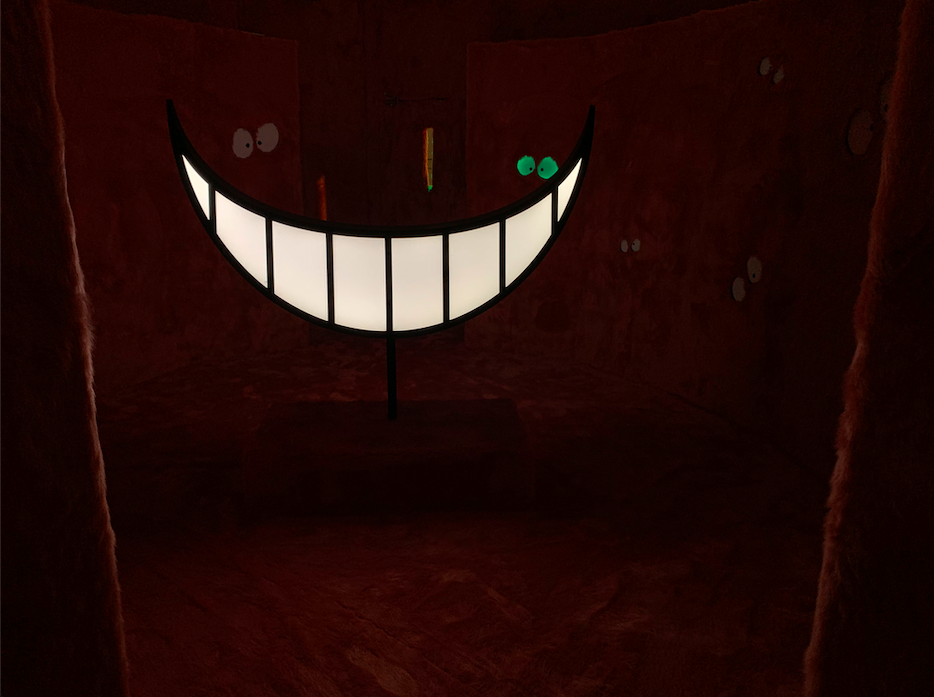 In all, Treasure Islands marks another step forward for Andsoforth in their immersive theatre ventures as we awakened the curiosity within all of us, and entered this strange land of childhoods past. One would never imagine that Singapore could ever play host to such an event, but Andsoforth has managed to exceed our expectations and pull off this feat. 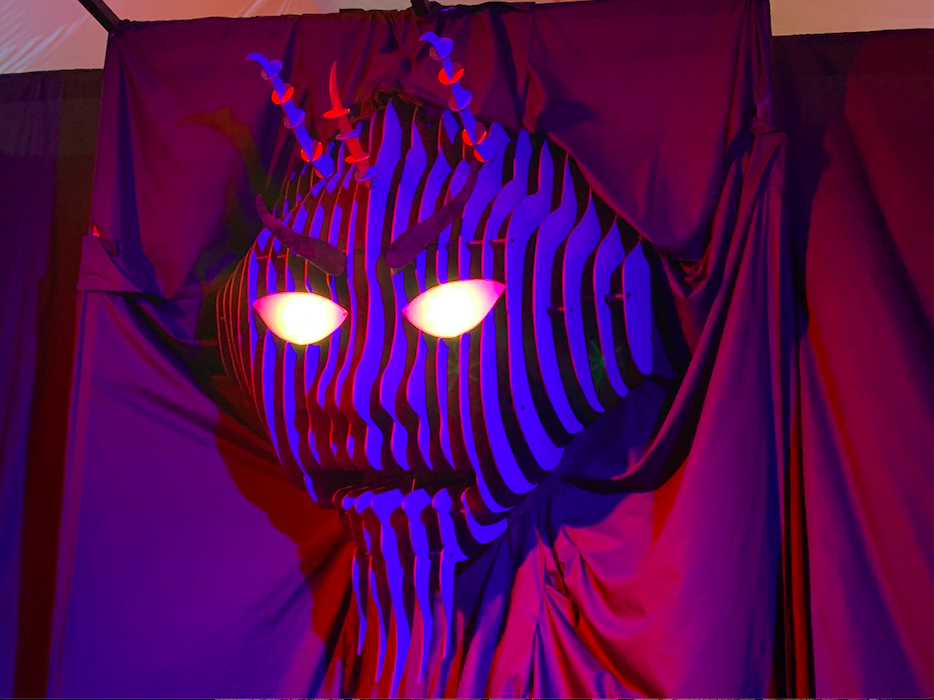 Treasure Islands is a bold production that marks greater things to come in the wide reaching ambition that Andsoforth possesses, and in short, shows us that any production from the team essentially promises a night out of fun. Whether you were here with a group or flying solo, by the end of the night, you were sure to have been entertained beyond measure, fascinated by the sights and sounds throughout the play space, and if you’re lucky, even managed to walk away having made a new friend. With Treasure Islands, everyone’s a winner, simply because of the sheer amount of fun there was to be had throughout.

Treasure Islands played for one night only on 20th April 2019. Even if you missed out on Treasure Islands, you can still explore the set, characters, and various rooms featured by visiting ANDSOFORTH Jr’s 22 Stories, playing at 200 Pandan Gardens S609336 from 1st May to 30th June 2019 (Fridays to Sundays), from 5.30pm-9.30pm (Fri-Sun), and 10am-2pm (Sat to Sun only). Tickets available here