The Necessary Stage (TNS) is having an incredibly busy 2019, with a festival, and two mainstage productions. Of course, it doesn’t stop there, and come this July, they’re bringing back their developmental platform, The Orange Production for the second time, ready to bring new talent and new work into the local theatre scene.

Through The Orange Production, TNS turns the spotlight on young artists, providing the support and platform necessary to produce their works, forming a dynamic relationship where all parties are able to share their artistic visions and ideas, in the hopes that the platform will inspire young artists and theatre practitioners to collaborate with TNS for future projects.

Much like the 2017 edition of the show, this year’s production will feature two brand new works, directed respectively by TNS Artistic Director Alvin Tan and Resident Playwright Haresh Sharma. This time around, both works, interestingly, happen to both delve into issues surrounding the local theatre scene, with theatre practitioner Ellison Tan Yuyang’s We Were So Hopeful Then about unacknowledged backstage personnel, and Haresh Sharma and recent School of the Arts graduates Harris Albar and Maryam Noorhimli’s Acting Mad, which looks at mental illness and stigma within the theatre industry. Here’s a quick look at each production in more detail before their premiere in July and August: 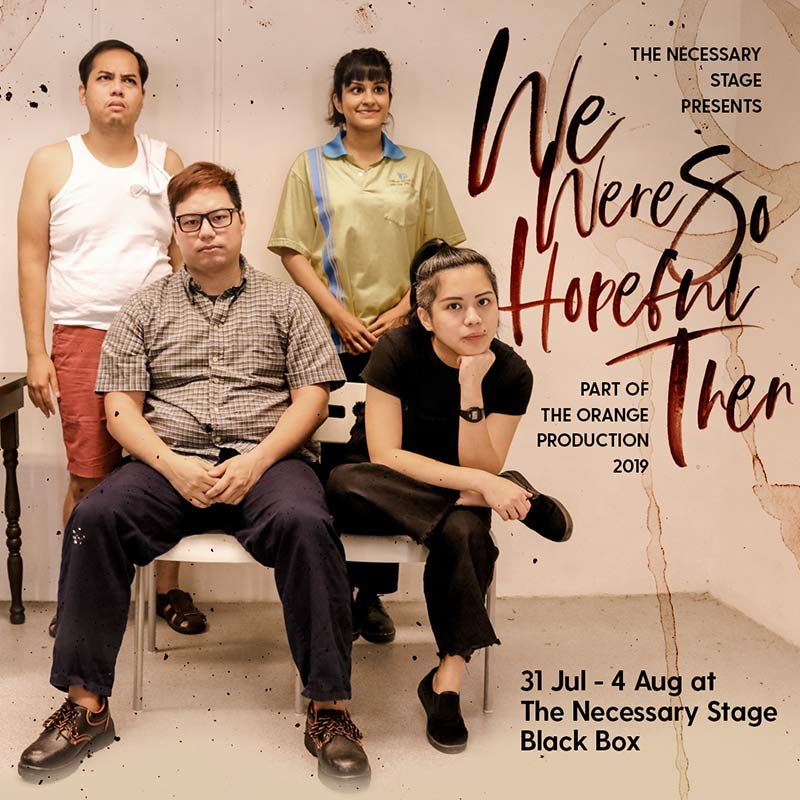 In Ellison Tan’s We Were So Hopeful Then, find yourself in the future with the 2025 Singapore Theatre Icon Awards, where the cast of Henrik Cheng, Myra Loke, Sindhura Kalidas and Zaaki Nasir come together to find the theatre industry icon of the year. But the result may turn out far and away from what you might have come to expect, with nominees including the cleaner we pretend was invisible, or the driver we ignore. Or perhaps, the award might even go to the rigger we never see on stage, or the transcriber who’s rarely acknowledged. Featuring lighting by Stella Cheung and multimedia by Yusri Sapari, We Were So Hopeful Then looks at invisibility in our working environment, our ability to look at people as people beyond their job titles, and invites us to question the rationale and implicit biases of prizes, garlands, and public accolades. 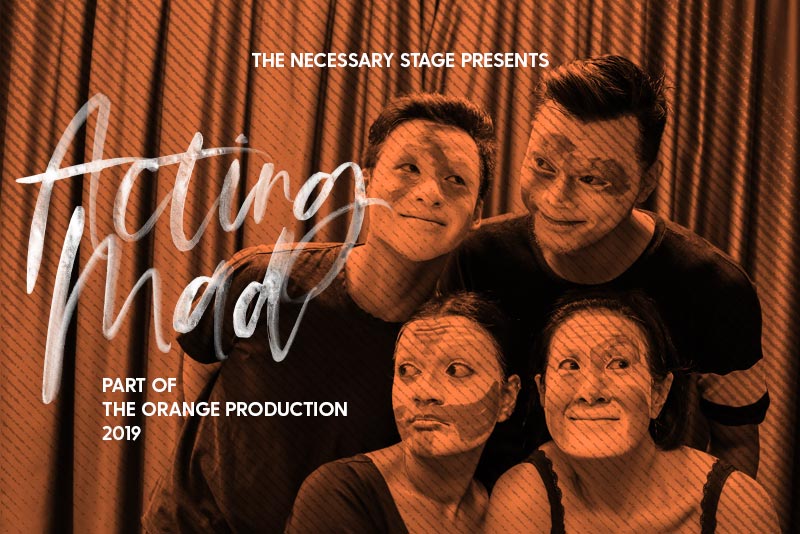 Based off verbatim texts of interviews done with 20 local actors with experience of mental health issues, Acting Mad features a cast comprising Al-Matin Yatim, Andre Chong, Karen Tan and Masturah Oli, with Stella Cheung on lighting. With this work, mental illness takes centrestage, as the actors discuss how it does not discriminate, and how even today, with more access to information, many Singaporeans continue to remain ignorant on the topic, with the expectation to just deal with their mental health issues and perceived as ‘tortured artists’ and being ‘so full of drama’. Perhaps then, the solution out of this is precisely theatre itself, as a form of community, solace and support as they work together to share their stories, and create art.

We Were So Hopeful Then plays from 31st July to 4th August 2019 at The Necessary Stage Black Box. Tickets available from SISTIC

0 comments on “Preview: The Orange Production 2019 by The Necessary Stage”