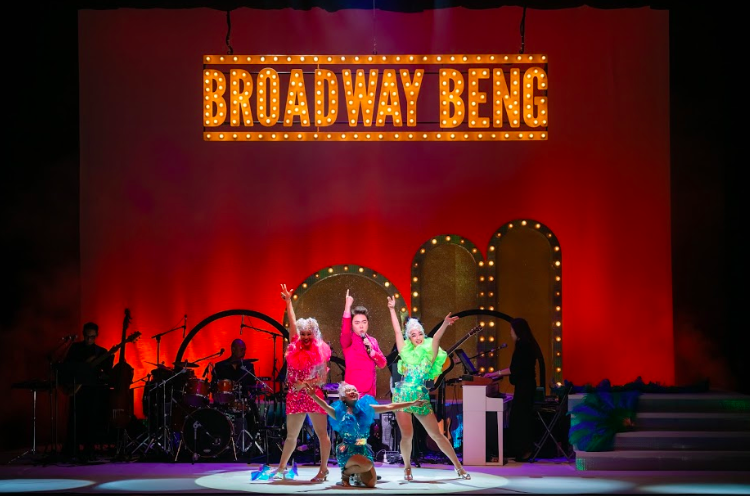 With a line-up of catchy numbers, a talented trio of chio buus and the ever-charming Sebastian Tan, Broadway Beng is better than ever before.

It’s hard to imagine that when Broadway Beng first premiered 13 years ago, little would Dream Academy have imagined that it would grow to become the icon of local theatre that it is today. And with Broadway Beng: Last Beng Standing (directed by Selena Tan), the character only continues to grow in stature with one of the best iterations of the show yet, evident in part from the extensive line of audience members queuing up for photo-taking after the show. 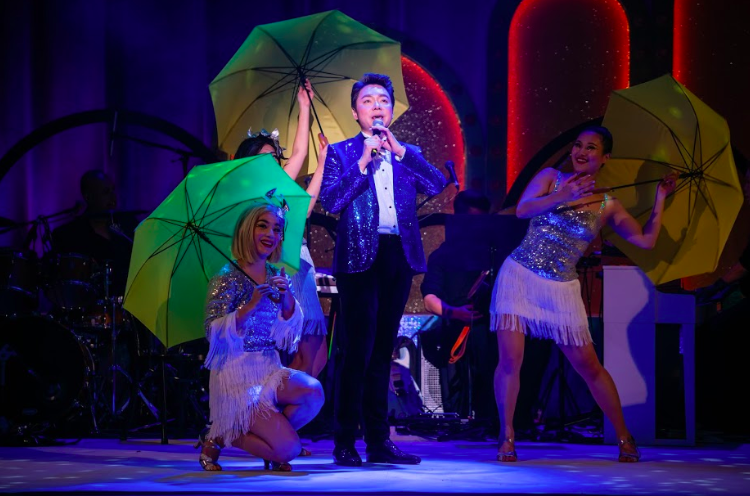 Once again stepping into the signature glittery suits of the eponymous Broadway-loving, Hokkien-spouting Beng, Sebastian Tan opens the show on a high note with a rendition of 爱拼才会赢 (Ai Piah Jia Eh Yiah), a song often reserved for the closing number of a typical Broadway Beng show. As much as we love the energetic number, smiles evident on the entire theatre’s face, there’s a moment we think he’s jumped the gun and already revealed his trump card, proudly declaring that the show has been ‘tombalek’, putting the end at the beginning, and inviting the audience to take out their phones and snap photos. 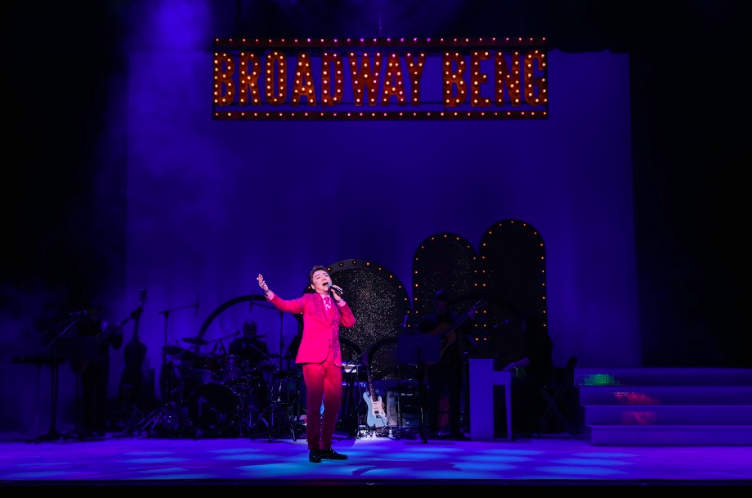 But as it turns out, there’s a lot more where that came from, and the rest of Last Beng Standing only continues to climb in energy and applause with each successive number, from a Hokkien cover of Malaysian singer Namewee’s cheekily written 击败人 (Ji Bai Ren) to a medley of Broadway numbers relating to the moon, cleverly linked by the underlying melody of 月亮代表我的心 (The Moon Represents My Heart), and even taking a hilarious jab at all three political parties running for the upcoming election, poking fun at their symbols with songs from Grease, Dick Lee, and even the theme song to one of Taiwan’s longest running TV dramas. 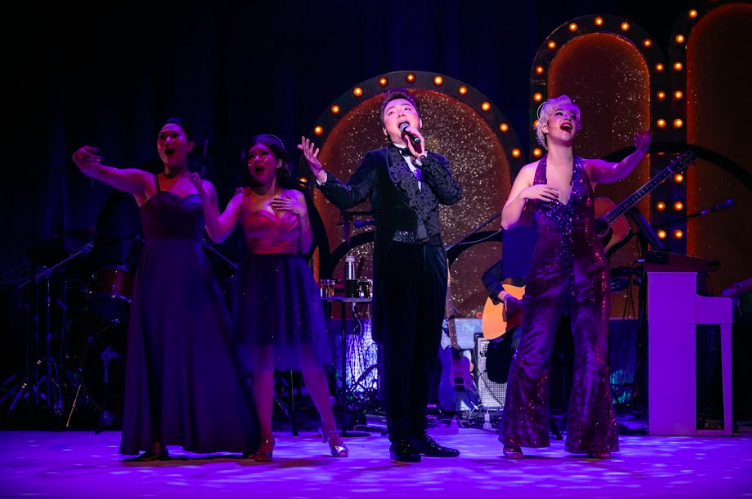 At the heart of Last Beng Standing though, is an undeniably well-deserved sense of pride and joy that emanates from Sebastian onstage. Having lost 15kg from the last show till now, he now cuts a slimmer figure, and certainly, raises the suave sex appeal as he only confirms his licence to aunty-kill. Addressing the diet regime with both humour and heart, we dive into a medley of songs that lyrically parody everything from Rent to Les Miserables to Wicked, while still showing off his crisp voice in all its glory. Later on, changing from a simple blazer to a full on sparkly tuxedo, Sebastian and the chio buus launch into a medley of James Bond numbers, cementing his image as the man with the golden voice, and what can only be described as being truly ‘re-BOND’ as a newer, improved version of Broadway Beng from before. 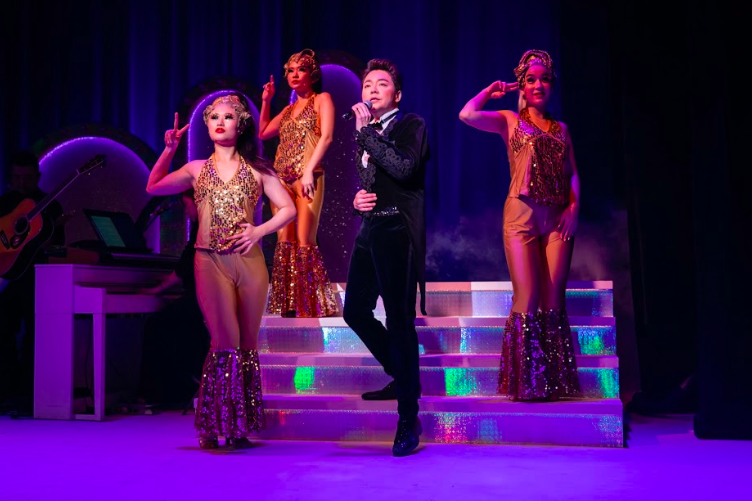 As much as Broadway Beng is a show that’s all about showcasing Sebastian though, Last Beng Standing also gives ample time to the other performers onstage to shine. Each of the chio buus for this edition come with distinct personalities and their own secret set of talents – recording artist Inch Chua is charming as the petite chio buu, Stephanie Sim gets a chance to impress with both her dancing abilities and operatic voice in several numbers, and embracing her Pan-Asian-ness, Tia Andrea Guttensohn dons several blonde wigs throughout, displaying previously untapped potential for comedy with her exaggerated facial expressions and good use of her acting skills. Dressed in funky, colourful costumes by Frederick Lee, wigs and hair done up by Ashley Lim, and bopping along to choreography from Lim Yizhen, the chio buus make for devastatingly alluring supporting cast members to Sebastian. 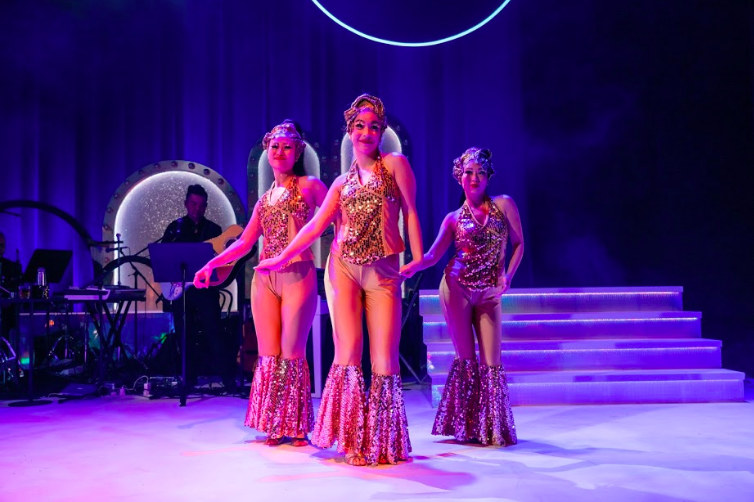 Meanwhile, Last Beng Standing even dedicates an entire number to celebrating the brotherhood that the Broadway Beng band has built up over the last 13 years, with a rendition of 浪子回头 not just by Sebastian, but with bassist Colin Yong, guitarist Joshua Tan, and drummer Rizal Sanip joining in on vocals too. Rose among the thorns, music director and pianist Elaine Chan, is certainly not forgotten either, and as band leader, steers them musically to shine in every number, never once skipping a beat, and clearly, all of them are bonded as a single group, loving every second of being onstage together. 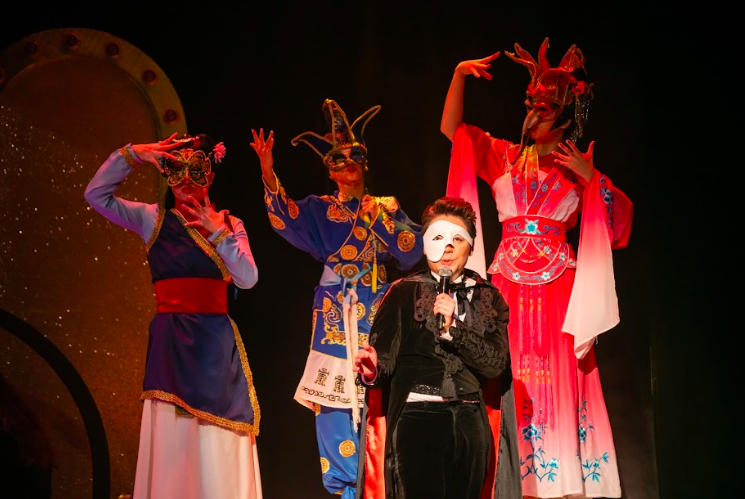 Nowhere do we see the entire cast and band’s chemistry come through more than in our favourite sequence of the night – a truncated parody of Andrew Lloyd Webber’s The Phantom of the Opera, or in the case of Last Beng Standing, The Phantom of the CHINESE Opera. Changing the setting to a Chinese Opera House, hilarious hijinks ensue as Sebastian takes on the role of the Phantom, while Tia takes on Christine, with Inch as “Ra-oh” (Raoul), and Stephanie as Carlotta. From a game of pat-a-cake in the mirror, to a low budget recreation of the Phantom’s lair, this entire sequence had us laughing from start to end with how on point it was at nabbing every aspect of Phantom. Even the famous chandelier scene isn’t spared, as Broadway Beng puts his own Chinese opera spin on it. 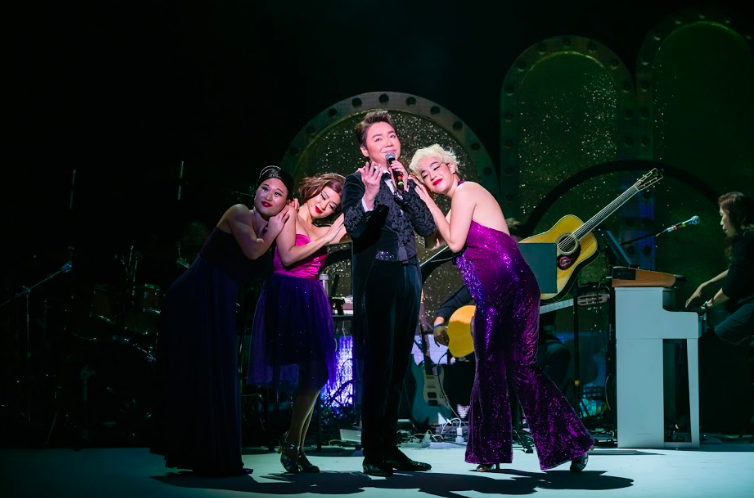 By the time we reach the end of the show, it is clear that each and every person in the audience has been charmed by Sebastian. What makes Broadway Beng such a mainstay of the theatre scene is the sincerity and earnestness displayed in Sebastian’s performance that makes us inherently trust and hang off of every word he says, in both his banter and his songs. Couple that with one of the best male singing voices in the local theatre scene, and Sebastian’s every action and lyric becomes absolutely magnetic. Broadway Beng is a combination of East meets West that shouldn’t work, but for the last 13 years, has proven to be one of Dream Academy’s very best assets, with both us and countless other fans raring to watch it again each time he returns. Last Beng Standing only proves that Sebastian is and continues to be at the top of his game when it comes to showmanship, a raucous celebration of all things Singaporean, and is a must watch for anyone looking for a a good laugh and a great time, regardless of Beng, Broadway, or background.