Perhaps more than anyone else, Dick Lee is the foremost pioneer and pillar of the Singapore music scene. And of all people, he’s certainly an icon. Best known for composing everyone’s favourite National Day Parade song ‘Home’, Dick has had an illustrious career with over 20 albums to his name. Even now, in his 60s, Dick certainly isn’t resting on his laurels, and is still working hard to produce new work constantly, leading him to this September’s The Mad Chinaman 30th Anniversary Concert.

The Mad Chinaman is, of course, the title of Dick Lee’s seminal 1989 album that has become synonymous with the man, with his autobiography The Adventures of the Mad Chinaman and now defunct restaurant MAD both riffing off of it. Say Dick: “The Mad Chinaman was released on my birthday in 1989 (24th August), and it’s become a tradition of mine to release albums on my birthday. The Mad Chinaman is the album that’s allowed me to give up everything and become a musician full time. And even beyond opening up a path to a performing and touring career for me, it’s also the album that helped me explore my identity, and if I didn’t do, well, I wouldn’t be here today.” 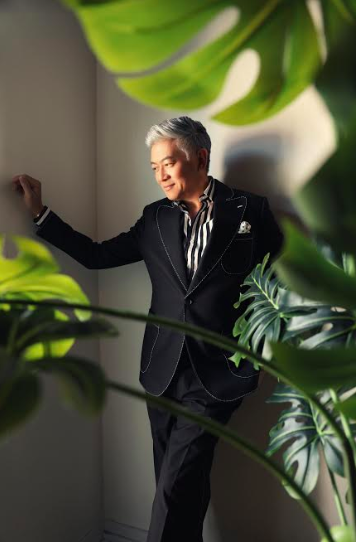 On the concert’s origins, Dick adds: “When Adrian Tan (of Braddell Heights Symphony Orchestra) asked to collaborate on something with me, and offered up his orchestra and choir, I thought about how The Mad Chinaman was having its 30th anniversary this year. It was a good opportunity to perform all 11 songs on the album live for the first time, and most people in Singapore would never have heard it like this, since I’ve only done that on the Japan leg of the tour way back in the 90s.”

In spite of his most well-known works having been penned over a decade ago, it’s undeniable that Dick has been keeping up with the times by continuously working, with a concert just about every year over the last 5 years, amongst other projects. Says Dick: “I started doing concerts again in 2014, when I celebrated the 40th anniversary of my career with a concert. I tacked that onto the production of Hotpants, where we had the Drama Centre for an extra night, so I decided why not do a concert then? That was the first concert I did in 10 years, since 2004, and before that, a 1996 concert with the Singapore Symphony Orchestra. Then I performed at the Esplanade in 2015, the Star Theatre in 2016, presented SingaPOPera in 2018 and here we are in 2019 with The Mad Chinaman.”

From a cover of ‘Rasa Sayang’ to ‘Bengawan Solo’, to ‘Wo Wo Ni Ni’ and ‘Little White Boat’, The Mad Chinaman is so iconic and quintessentially Singaporean precisely because of its multilingual, multicultural content that captures the Singapore spirit even today. Along with cheeky numbers such as ‘Let’s All Speak Mandarin’ and ‘The Ding Dong Song’, the album also captures Dick Lee’s spirit of play while showing off his songwriting skills.

Says Dick: “Most people have only heard The Mad Chinaman on disc…or even cassette in some cases. And when they get into the Esplanade Concert Hall, it’s not like it’s going to just be whatever’s on the disc. In the concert, there’ll be 150 people behind me from both the Joy Chorale and Braddell Heights Orchestra, and we’ve done some rearrangements as they come together with me to sing these mass, concert versions of the songs. Imagine the album, but blown up 100 times; when I went into rehearsals and heard the songs being performed with an orchestra and choir, I was taken aback by just how big of a scale they could be played at.”

“You can also expect some songs that aren’t on the album as well,” he adds. “I’ll be playing on the piano with the orchestra, and presenting the world premiere of a brand new song that’s dedicated to my late parents. I’ll also be playing ‘Nagaland’ with the orchestra, which I don’t think anyone has ever seen before, and it’s really a chance to show me off as a pianist.”

Dick admits however, that concerts can be exhausting to produce and perform in. “I do enjoy doing concerts, but they’re very stressful,” he says. “I ask myself a lot why I keep doing this. Every time I do the National Day Parade, it takes a year of my life, but it’s important to do, because I need to fight to stay relevant, something I’ve been doing my entire life. As an artist, people must remember you, and you must remain on people’s radars whenever they’re looking around and considering who to choose amongst the wealth of talent out there. It’s a conscious effort, and the minute I stop doing that, or if nobody comes to my shows anymore, that’s when I know I’ll just retire and fade away.”

He continues: “For the most part, I’m sustained by my most well-known songs, and I do still get gigs every month, as a guest performer at private functions and galas. To get these gigs, it shows that I’ve managed to remain in people’s consciousness, even if I’m no longer in the ‘limelight’. I see some of my peers sometimes, and if they’re lucky, they still play in pubs. If not, they end up as security guards, or as taxi drivers. What I do, it’s hard work, but doing it keeps me at the forefront, and I can still get jobs. Eventually though, I do plan on slowing down and going back to my jazz club roots, and right now, I already have something planned for Valentine’s 2020, where I’ll just do something intimate, say about 50 guests and just me on my piano.”

Speaking a little of his film Wonder Boy, Dick’s 2017 autobiographical film starring Benjamin Kheng as Dick, we end up discussing his non-concert work, from his musicals to stage projects. Says Dick: “You know my play Rising Son some years ago? That was planned to be part of a trilogy about my father, my mother and myself actually. Wonder Boy was initially meant as the third part of that trilogy, but ended up being made into a movie with MM2. And as for the piece about my mother, well, that’s slated to become my first ever opera with the Singapore Chinese Orchestra come 2021.”

On this nostalgic note, Dick continues reflecting back on his career, musing: “I remember how when I started my entire career, it was just me writing songs, and I had to sing them since no one else would do it for me. I had to talk to people, sing songs, make jokes, and I had to be comfortable with that. I learnt to sing out of necessity, and then I teamed up with people like Jacintha to be my voice in my teens. It’s been 45 years since my first album ‘Life Story’, and I can’t believe sometimes how my work continues to be produced, from the Fried Rice Paradise tv adaptation to me still performing at the Mediacorp show at Gardens by the Bay. I never imagined I’d be where I am today.”

“You know,” he concludes. “I’ve hardly gotten a good review in my life, but after all these years, I’m still here. In future, I think I’d like to go back to my songwriting; I used to write day in day out and I have this huge, unproduced repertoire of songs. But for now, with this concert, I want it to be fun, and I want it to be a gift – a gift that’s both a treat and grand show for my fans as we celebrate The Mad Chinaman’s 30th anniversary together.”

0 comments on “The Mad Chinaman: In Conversation with Dick Lee On His Life, His Music, and His Continued Relevance”