A musical digest reclaiming the life of a Singaporean icon ahead of his time.

Honest question: how many of you can say you know who Lim Boon Keng was? Sure, you may know him because of Boon Keng MRT station, but who was he really, and why is he such an important figure in Singapore’s history?

The answer to that question comes neatly packaged in Musical Theatre Limited’s latest production, the aptly titled Lim Boon Keng: The Musical, written by his own great-granddaughter Stella Kon. Directed by Jeremiah Choy, with music by Desmond Moey , the musical charts the titular founding father’s most important years of adulthood, from his first marriage all the way to his death. 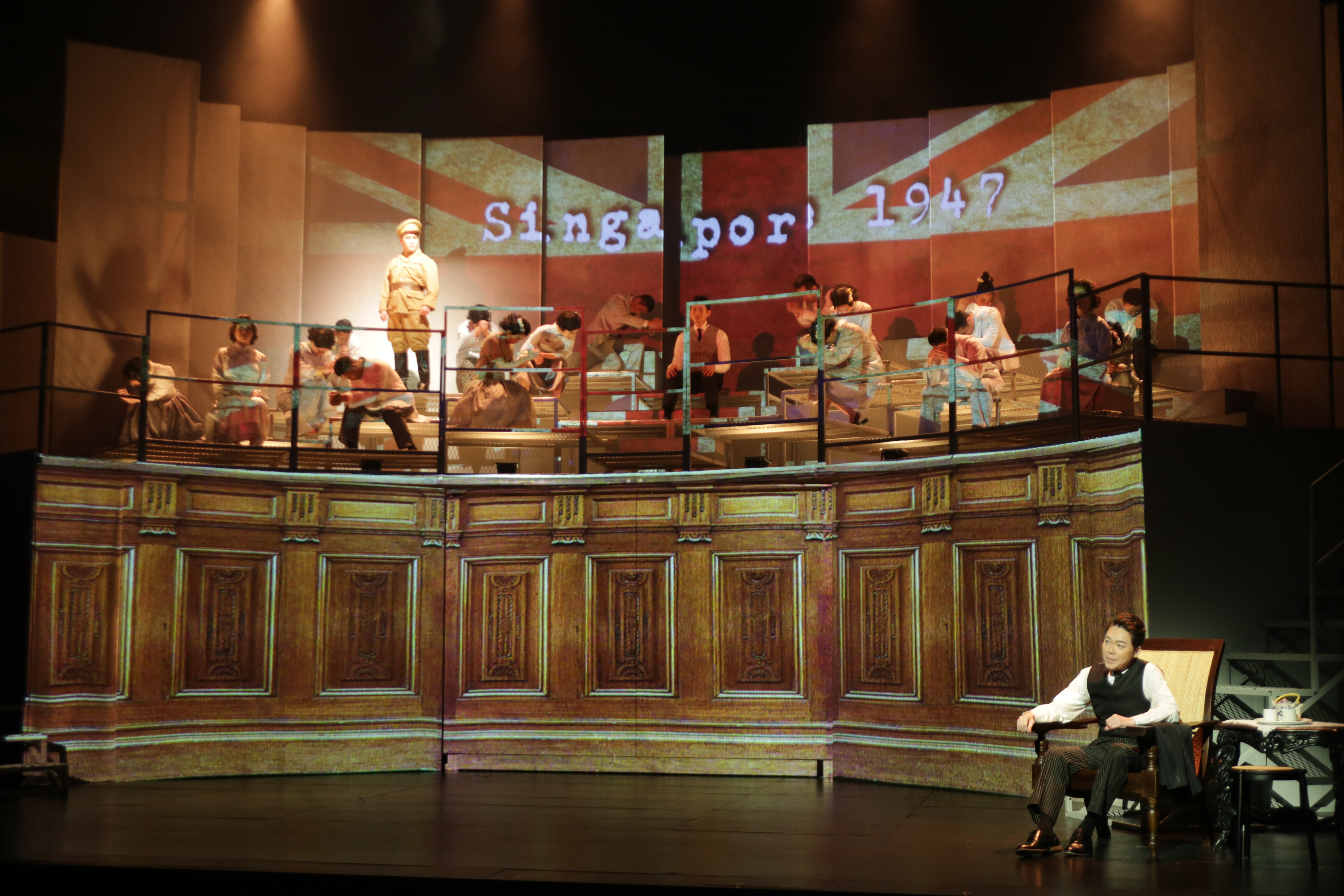 The musical opens on Lim Boon Keng (played by Sebastian Tan) leaning back in his chair, while a montage of photos plays across the screen above him. There, the ensemble stands, looking down upon Lim, as if already judging him for his supposed war crimes and traitorous ways. The impression history has of Lim hasn’t always been a positive one, and the musical then seeks to restore justice to his image by highlighting his achievements over the years. Lim then speaks his signature line: “Merci Beaucoup”, reminding us that life doesn’t last forever and to treasure what we have, regardless of his supporters or naysayers, and we begin the musical proper. 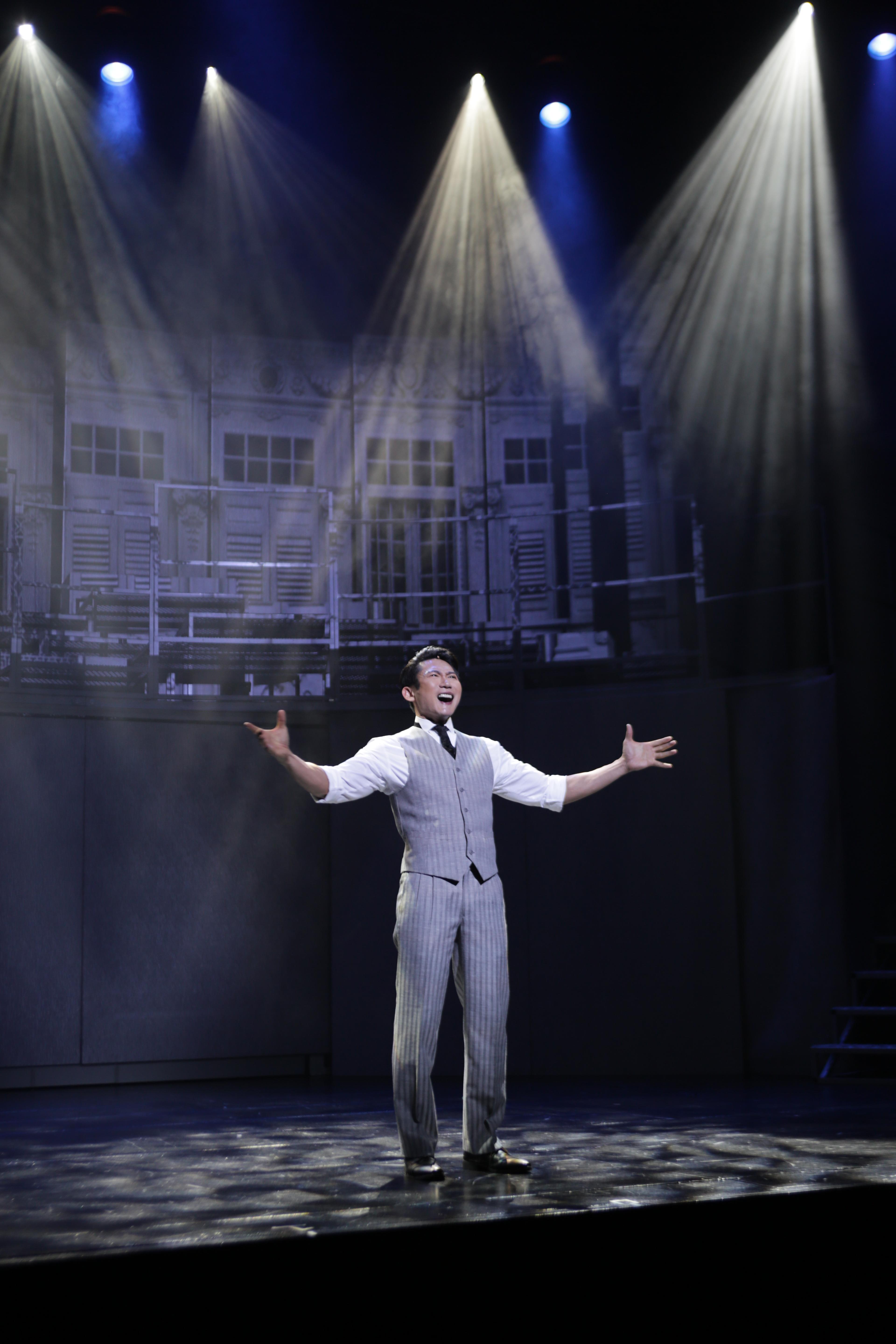 Speaking to his best friend and rival Ong Siang (George Chan), Lim is introduced to a ‘nice girl’, and we dive straight into the story behind Lim’s first wife Margaret (Audrey Luo). Brian Gothong Tan’s beautifully designed projection takes us from a party setting to a bench by the Singapore River, putting us in the mood for romance, and it’s easy to see why the two are a match. Lim serenades her with a promise to “let [me] bring the light and be the light of the people”, only to be met with hesitation as Margaret tells him through song “I Don’t Want to Marry A Baba”, a likable number that points out the potential pitfalls of marrying into a Peranakan family. But of course, Lim convinces her otherwise, and the two soon end up in marital bliss. 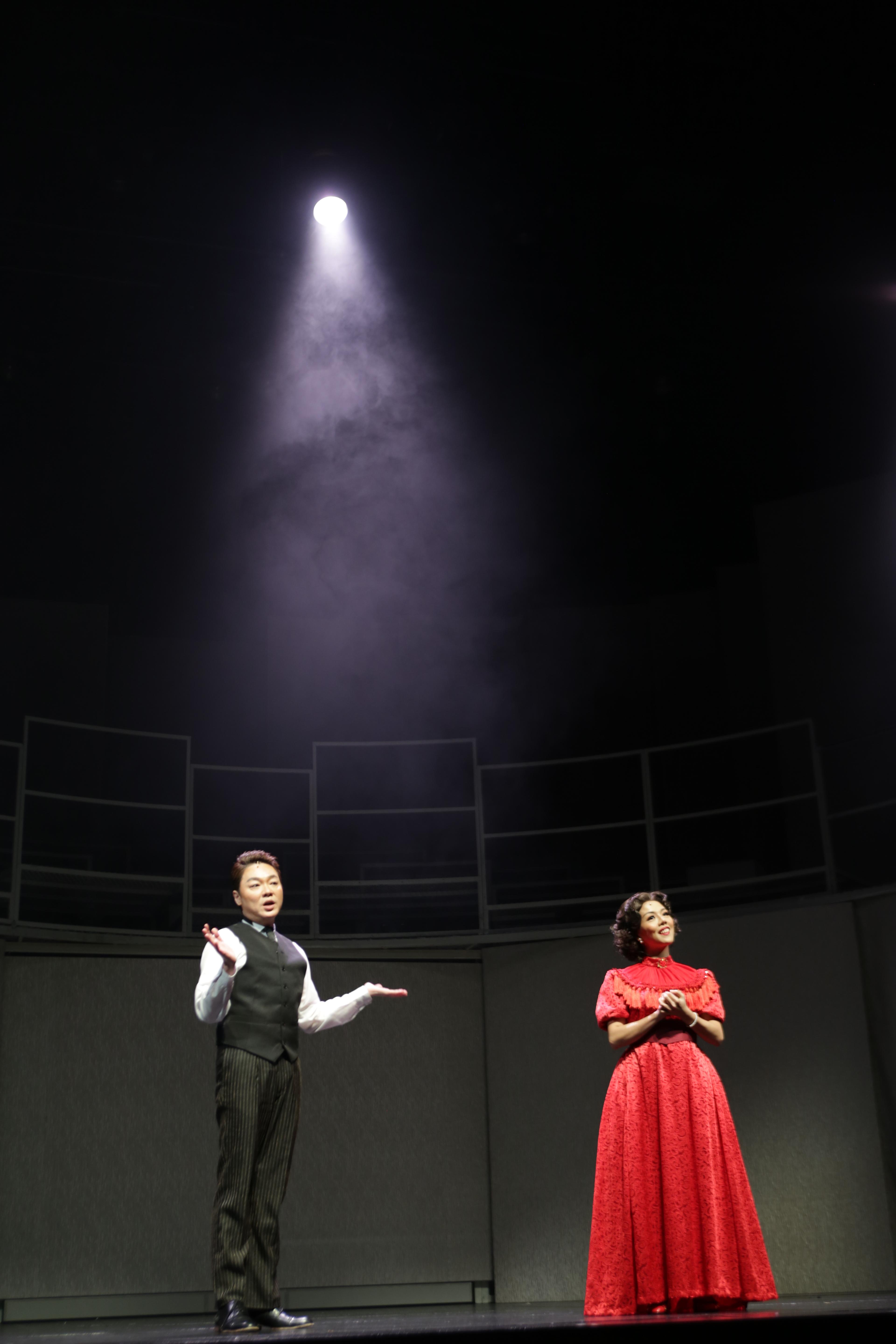 From here, we learn of Lim’s many achievements in his life, such as his lifelong dedication for gender equality in education and the founding the Singapore Chinese Girls School (as the ensemble chips in and goes ‘oh, a girl can do that?’). But knowing that this musical was cut from a 3 hour piece to a swift 90 minute affair, some details may have gotten lost along the way. Often, it feels as if we are cruising from one ‘big event’ to the next’, with little time for actual character development along the way to make us truly feel for any one of them. 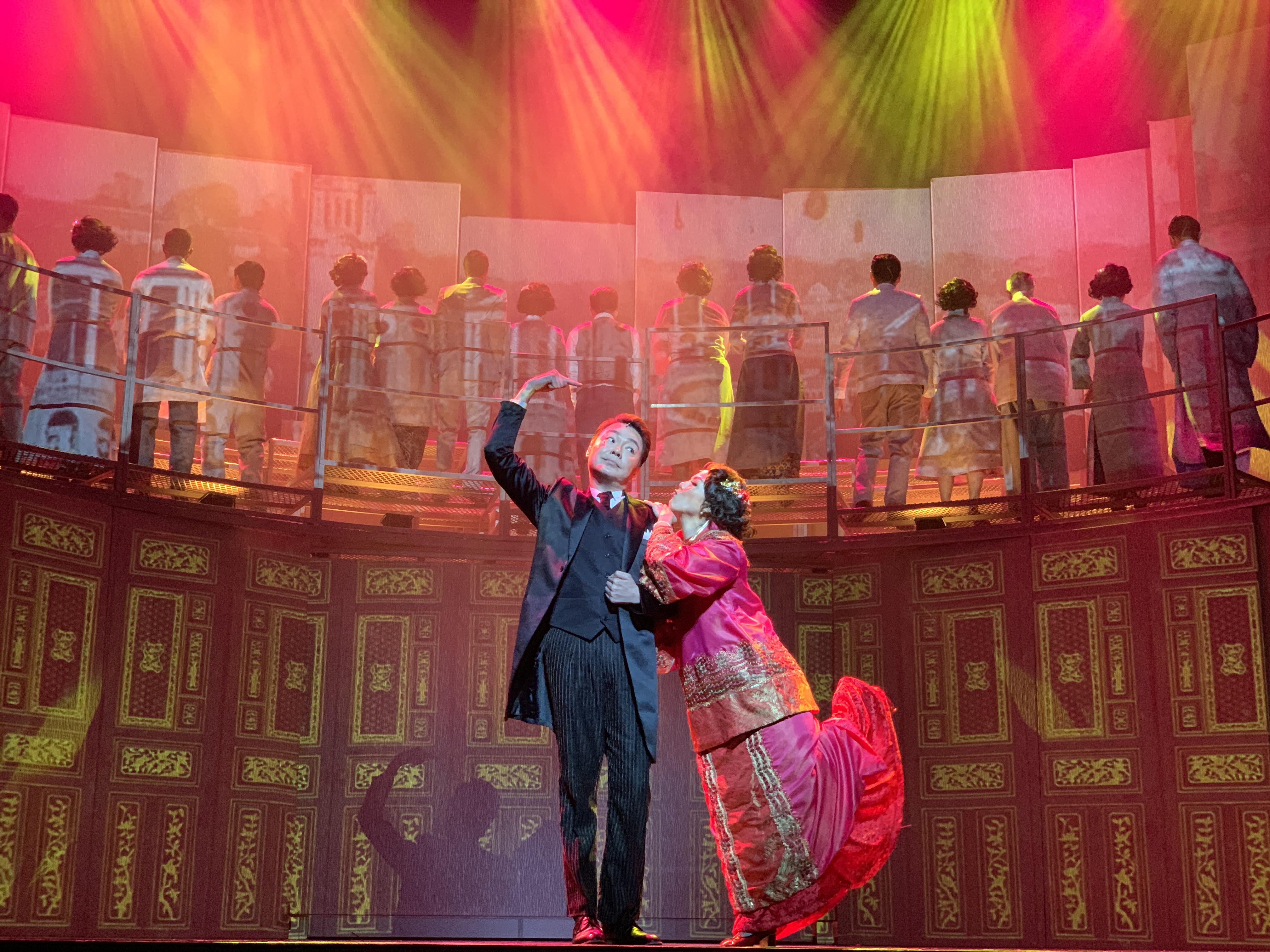 In the wake of Margaret’s death, Lim, in spite of his grief, knows that he must find a new wife to marry, one to support him in this time of need, and one he finds in the form of his second wife Grace (Celine Rosa Tan), even knowing that he will receive flak for being seen as moving on too fast from his first. The resulting duet between Grace and the spirit of Margaret, is done well, as Lim learns to let go of the past, move on, and fully accept Grace into his life. Celine Rosa Tan handles the high notes with aplomb, while Audrey Luo supports it with her voice, showing how Lim is the man he is only with the support of two very important women in his life. 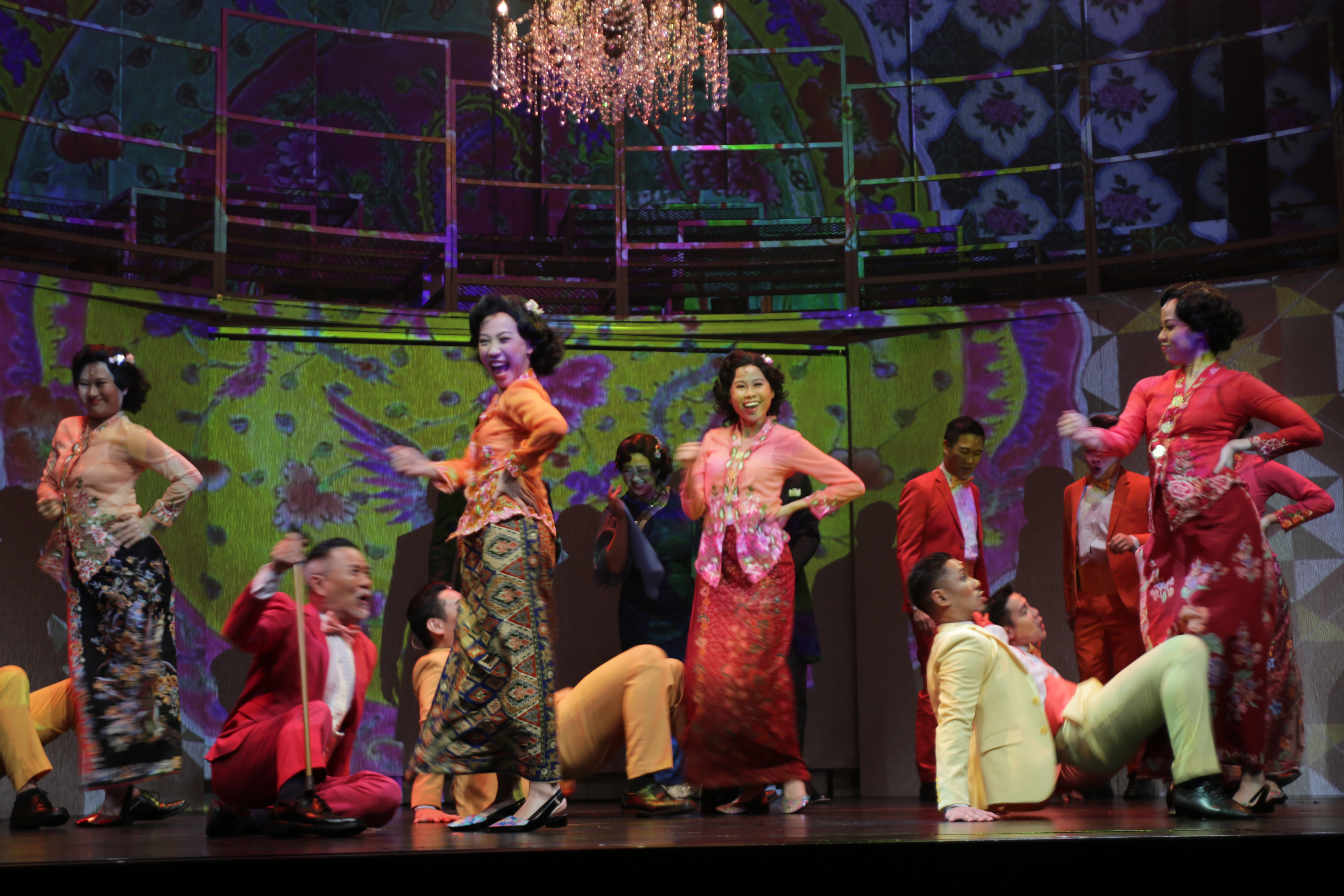 We then fast forward to 1911, watching Lim get involved with the Chinese Revolution, before he attends yet another party, where the ensemble performs a spicy ‘belacan’ song, helping lighten up the mood. We watch him translate Qu Yuan’s Chinese classic poem Li Sao into English, be awarded the OBE, become President of Amoy University, and go on fund raising trips for the British and the Chinese accompanied by Grace, who jumps at the chance to help him out. Ong Siang passes suddenly, and once again, we are struck by how little time is dedicated to developing his and Lim’s relationship, making this sudden death meaningless to the audience. 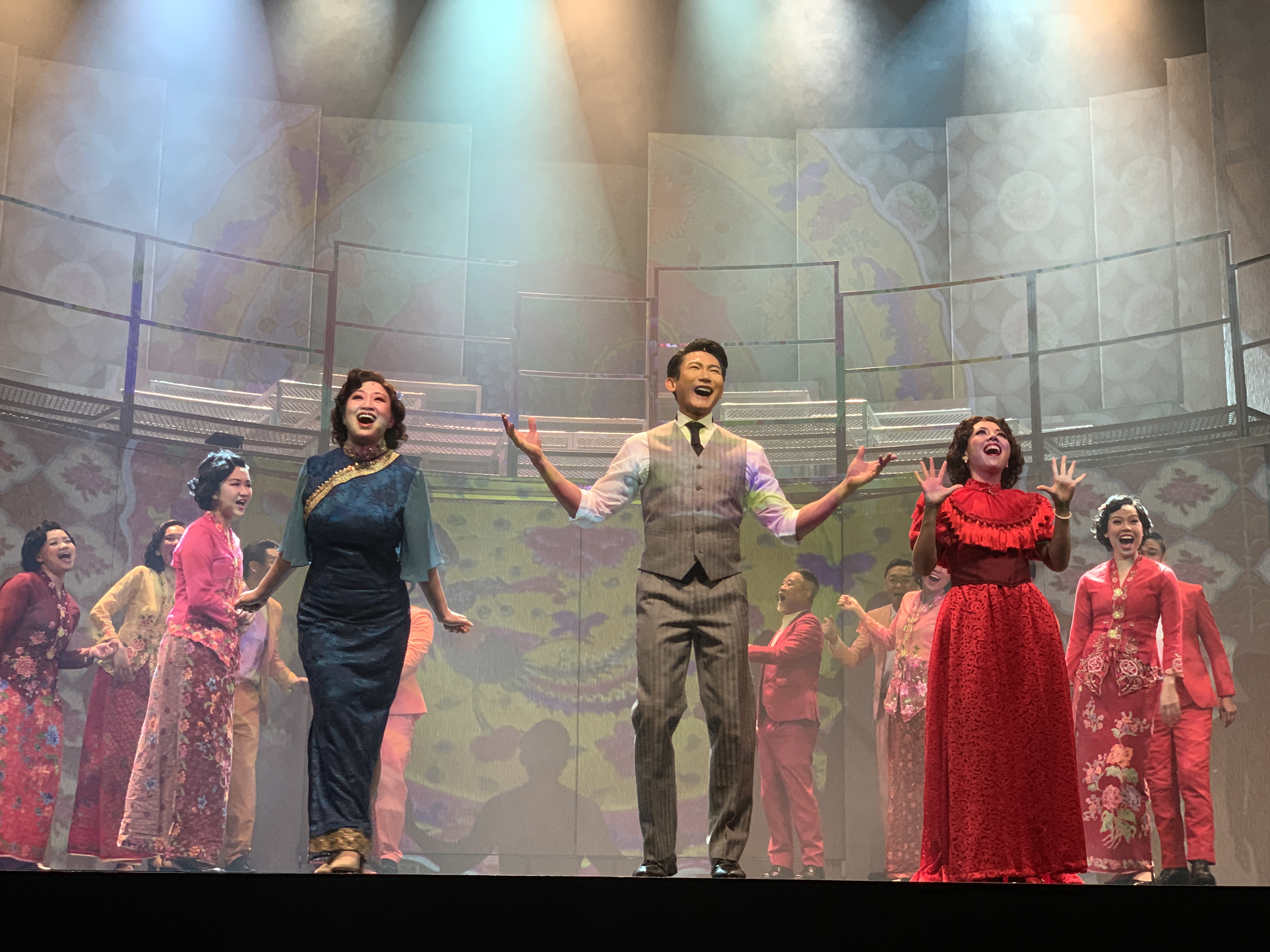 We jump ahead to the 1940s, and find Lim and Grace at the heart of the Japanese Occupation, the primary reason Lim is seen as a turncoat. Forced into helping raise funds for the Japanese, he encounters Japanese soldiers and generals (played by Jonathan Khoo and Xavier, each one putting on believable Japanese accents for the scene), before being prosecuted in court for potential war crimes (particularly significant, as the military tribunal takes place at Town Hall, now the Victoria Theatre where the musical itself is taking place). He comes off as innocent, but his reputation has been stained. 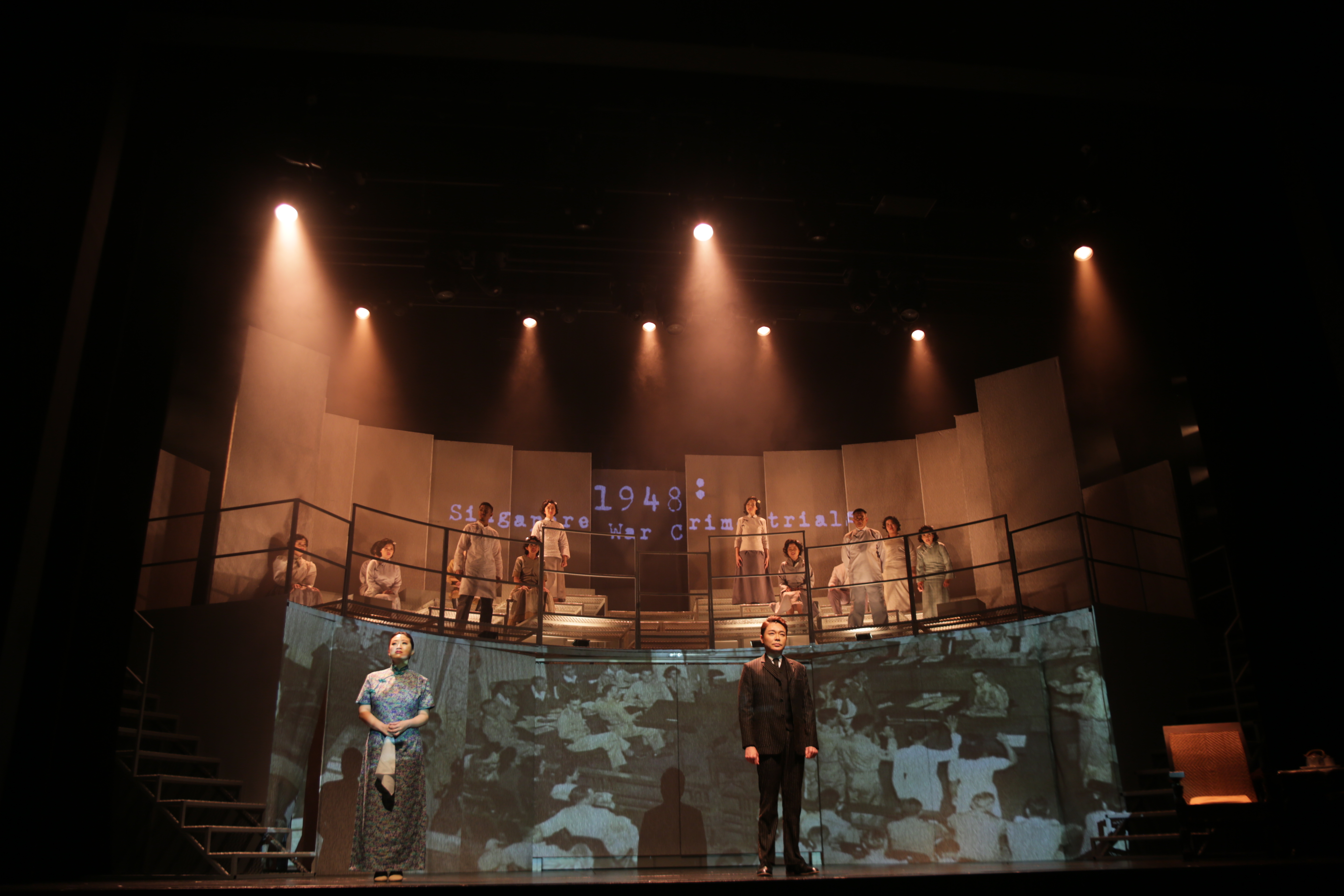 Left dejected and demoralised in the years that follow, Lim is now alone, refusing to see anyone as he slumps into his chair. Yet there is an undeniable spark within him that still wishes to encourage change, and when two scholars come to see him to ask for his support and help, he is reminded again of his pro-Chinese stance (having once been president of the Overseas Chinese Association), and gathers up his strength once more. Encouraged by the spirits of Ong Siang and Margaret, and Grace by his side, he shows a final burst of inspiration, founding the China Society before finally passing. 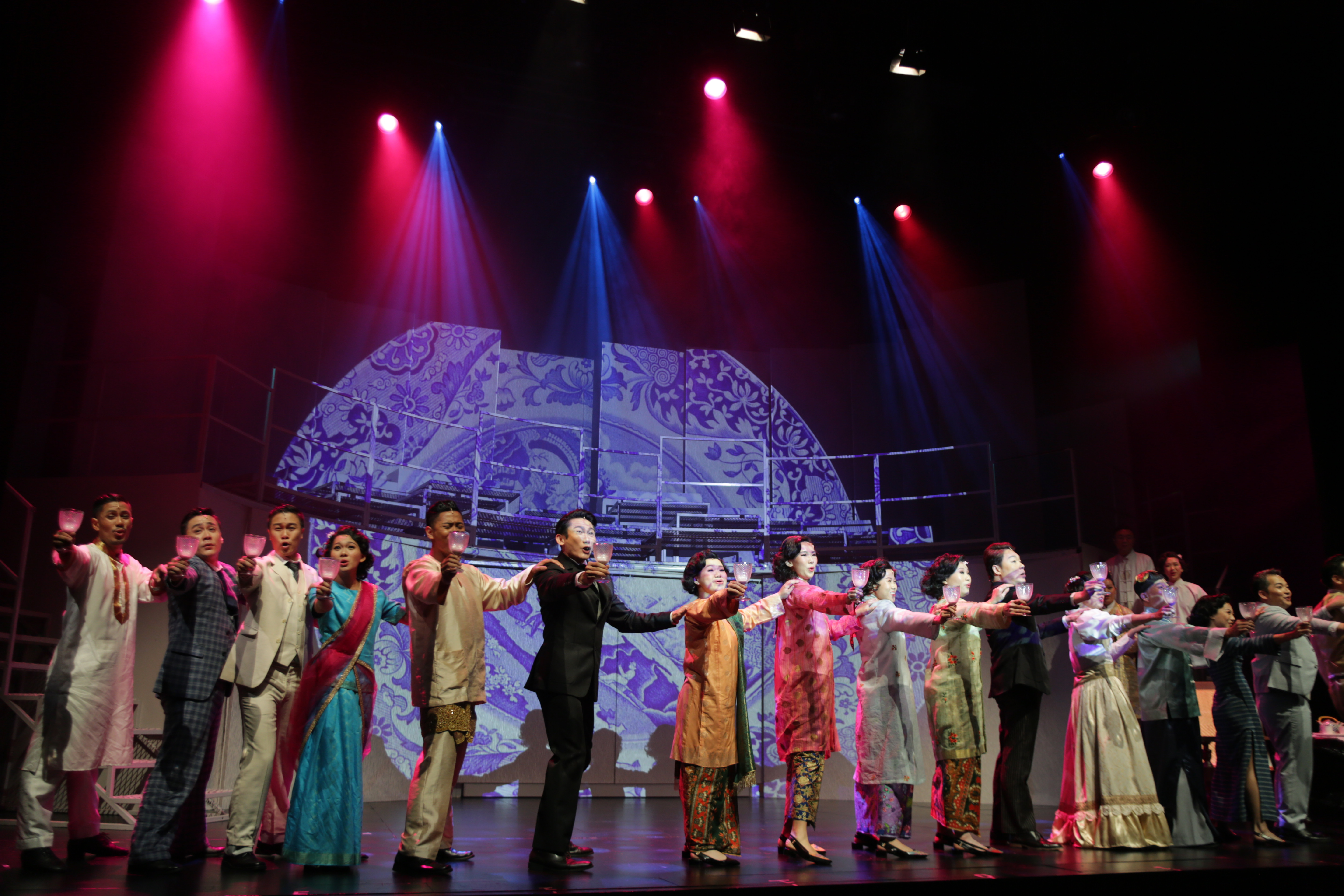 He reiterates ‘Merci Beaucoup’, giving thanks once again for the light we have and to remember we only have so much time in the world, as he takes Margaret’s hand and the two walk into the light together, as Grace watches on and survives him. Lim Boon Keng: The Musical paints a portrait of a man ahead of his time as he founded countless institutions and societies as his modern ideas pushed Singapore into the future. 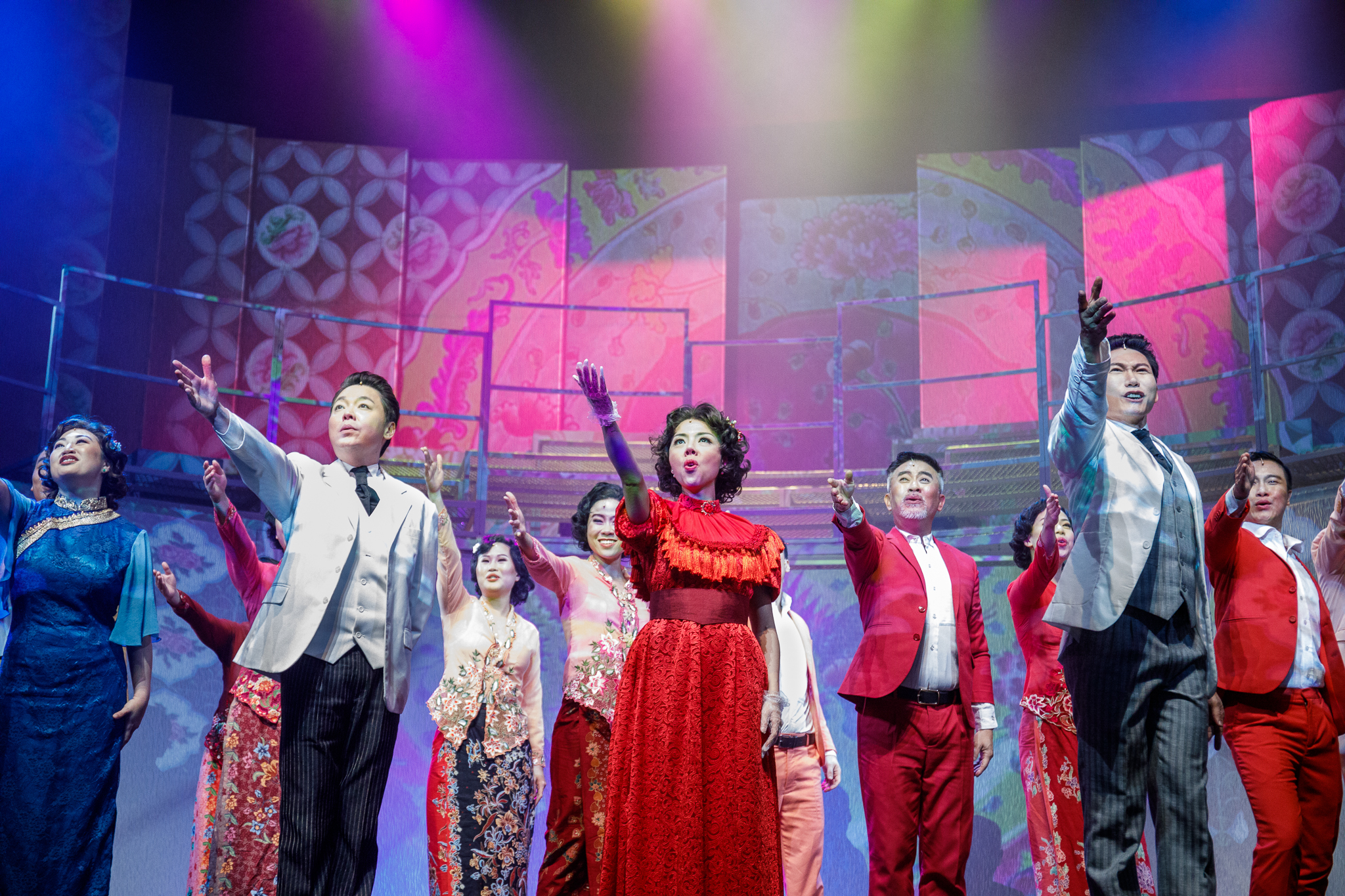 While not entirely successful at capturing the man behind the name, especially in terms of his character and his motivations, it’s a show that you cannot help but come away newly educated about the many great things that he has done. And like its focus on education, it’s a musical that has also introduced audiences to a wealth of up and coming talent. From the ensemble to the backstage crew, each member has learnt from and received mentorship from the veterans amongst them, be it director Jeremiah Choy or producers from GenerAsia, as this new generation brings light to the theatre scene, and carries on the legacy that Lim Boon Keng has left behind, artistically.

Lim Boon Keng – The Musical played from 10th to 13th October 2019 at the Victoria Theatre.