Miss being in the theatre like we do? Good news: it won’t be very long before you’ll be able to attend a public theatre performance once again, with Singapore Repertory […]

Review: Poetry Under The Southern Bough by Toy Factory Productions

SIFA returns to live theatre with a tribute to Ming Dynasty poems in this stark but poignant production. While the final part of A Dream Under The Southern Bough has […]

Following the successful launch of SIFA v2.020 in June, Singapore’s pinnacle arts festival announces an exciting lineup of programmes to wrap up 2020. Presented by Arts House Limited (AHL), this next wave […]

Art What!: Search and Discover – The Joy of Collecting at The Private Museum

The Private Museum (TPM) Singapore will be presenting Search and Discover: The Joy of Collecting – Selections from the Yeap Lam Yang Collection. TPM revisits its foundation of bridging the […]

LONDON – The Young Vic has announced the appointment of four new trustees to the Board. These appointments come at a significant time for the Young Vic, as the theatre […]

Arts of the UK 2020: Brian Conley stars as Ebenezer Scrooge in Dominion Theatre’s ‘A Christmas Carol’

LONDON – Brian Conley will star as Ebenezer Scrooge this Christmas, as an exciting new, musical staged concert of Alan Menken, Lynn Ahrens and Mike Ockrent’s A Christmas Carol will play […]

Music Is: JAWN ends 5-year hiatus with new single ‘Feel Too Much’

Following a 5-year hiatus and a recent collaborative release of ‘Simple’ with fellow artist lewloh, Singaporean singer-songwriter JAWN is back with his latest single, ‘Feel Too Much’, a revelry celebrating […] 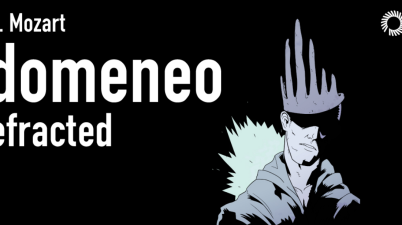 The last time we watched The Opera People was in March, prior to the COVID-19 lockdown. But not even a pandemic can stop the arts, as they’re back, this time […]

The German Film Festival (GFF) is back this October, with a diverse range of German films tackling contemporary issues, each with their own gripping narratives and strong characters, who seek […]