In conjunction with their ongoing Floating Utopias exhibition, the ArtScience Musuem is set to celebrate the 50th anniversary of Apollo 11’s landing on the moon with a special event titled Moongazers. Taking place from 18th to 20th […]

The lines of desire are powerfully drawn over one crazy night at the rave.  While often considered a liminal space of chaos and pure freedom of expression, French choreographer Gisèle […]

The ArtScience Museum’s latest exhibition is here, and it’s probably going to float your boat. Why? Because at Floating Utopias, you’ll practically be walking on air with over 40 artworks taking a […]

SIFA 2018: An Enemy of the People by Schaubühne Berlin (Review)

A contemporary version of Ibsen’s play effectively brings out its newfound urgency and relevance in our crazy, messed up modern world. Henrik Ibsen’s An Enemy of the People was initially considered one […] 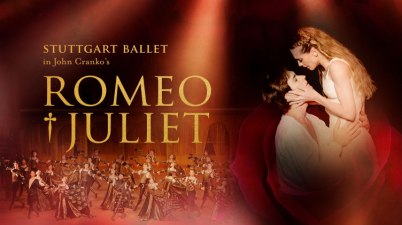 Preview: John Cranko’s Romeo and Juliet by the Stuttgart Ballet

World renowned, Olivier-Award winning German ballet company the Stuttgart Ballet returns to the Esplanade this October with their beloved adaptation of Shakespeare’s timeless tragedy. Considered one of most definitive classical […]