Former Straits Times journalist Tan Tarn How knows a thing or two about controversy. The playwright is best known for penning some of the most scintillating political satires in local theatre, from his infamous The Lady of Soul and her Ultimate ‘S’ Machine, receiving objections in 36 of its 67 pages from the authorities, to his most recent play Fear of Writing, in 2011, where ‘MDA officials’ conducted a realistic raid on the audience.

7 years on, Tan Tarn How is finally back with a brand new script, this time discussing his time working for the press in W!ld Rice’s 2018 Singapore Theatre Festival opening play – Press Gang. Says Tarn How: “I’ve been wanting to write this play ever since leaving the Straits Times, but only got around to it when Ivan Heng finally called me up for the festival. It’s an interesting time for the media landscape in Singapore, and Press Gang is a microcosm of the newsroom as the writers chase a story, and certainly touches on what might be happening behind the scenes at SPH or Mediacorp.”

In Press Gang, we follow former civil servant Chia Kin Jek as he joins The Singapore Times, just as the paper’s long time editor is suddenly sent on indefinite leave after writing an incendiary opinion piece about governmental abuse of power. In the ensuing power vacuum, the two deputy editors vie for the absent position, while a new rumour emerges, and if proven true and revealed, could potentially destroy the government. Can and should the newspaper publish this story? In an epic showdown between truth and power, only one can emerge champion at the end of the day.

The process of writing Press Gang has not been an easy process, with Tarn How explaining how it was probably the first time he’s written so many drafts for a single script, changing each time before arriving at its final state, approved by the MDA and slapped with an advisory 16 rating. Says Tarn How: “I think sometimes as Singaporeans, we’re too safe already. These days, anything political needs to be given an age rating or advisory, because people think youths are so naive they can’t consume politics properly. But I disagree, and think that political education should in fact, start as early as possible.” 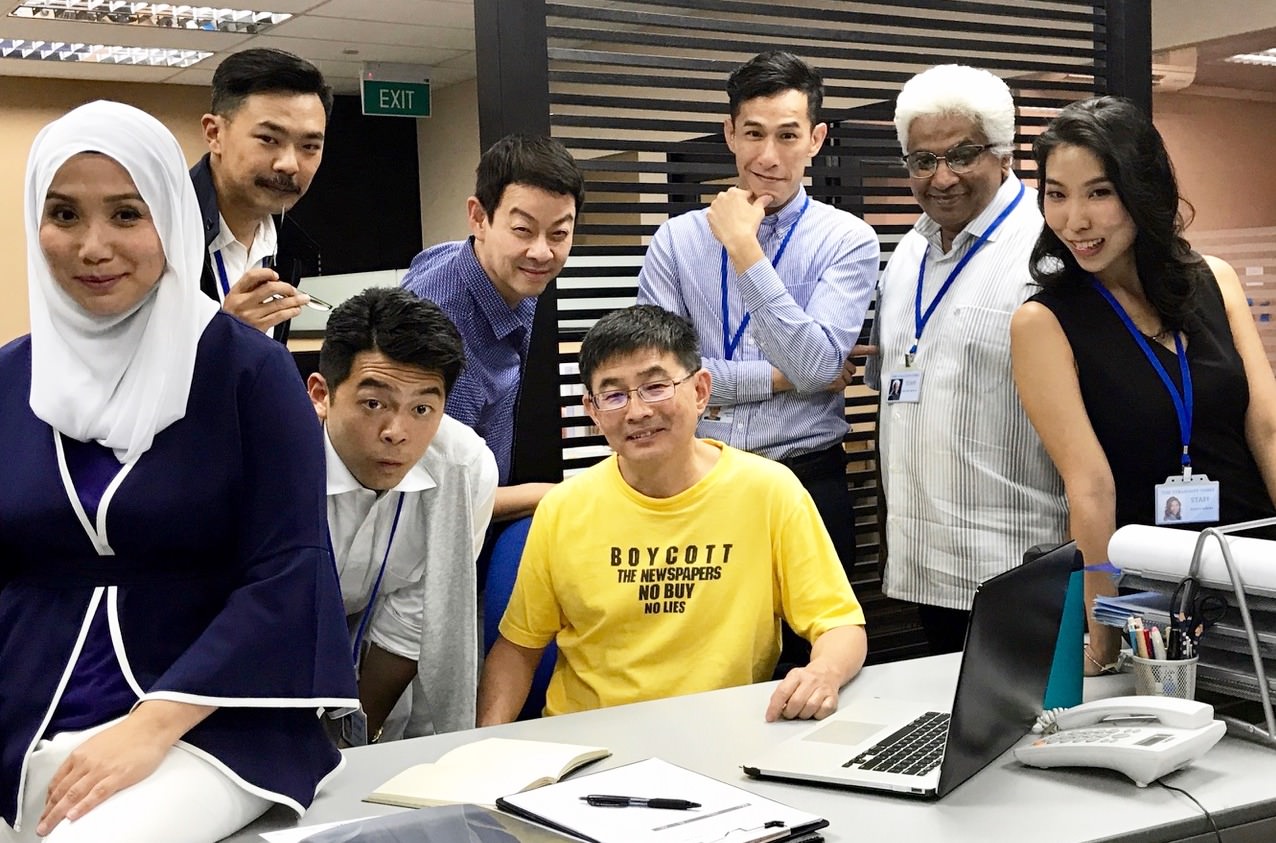 Press Gang will be directed by W!ld Rice artistic director Ivan Heng, and stars a stellar cast comprising Benjamin Chow, Shane Mardjuki, Oniatta Effendi. Rei Poh, Amanda Tee, Yap Yi Kai, and Intercultural Theatre Institute director T. Sasitharan in his first onstage role in years. Speaking to Rei at our interview, we find out that he plays a civil servant-type in a position of power’. Rei then explains his own feelings about the media, saying: “I’ve never really liked the mainstream media. I don’t really buy hardcopies of the paper anymore, and get particularly annoyed when I run into a paywall for an article online.”

He continues: “But during this play, I had to pay more attention to some interesting articles, and started to learn more about the various personalities who exist within the media. I was particularly interested when I was reading about the Trump-Kim summit and some of the criticism surrounding it, and looking at Han Fook Kwang’s controversial commentary piece was quite an eye-opener for me. One of the biggest challenges surrounding the media is about trying to remain politically correct, yet to be able to call someone out without making it look that way.”

Shane Mardjuki, on the other hand, plays one of the deputy editors bent on getting the open editor position. Says Shane: “My character leans towards one extreme perception of journalism – that is really does have power and is a means to keep checks and balances on the government. Seeing these characters as colleagues working together everyday, I think audiences will find resonance in that, regardless of the industry they’re in.”

On how he expects the subjects of the play themselves to react to it, Tarn How concludes: “Everyday when I wake up, I’ll wonder if my friends in the media will understand what I’m trying to do with this play. Journalists are always about whether something is accurate, but for me, it’s more about the truth. You can be factually accurate, but still not tell the truth. When people read the papers or online news, I hope they’ll be able to see and consider it with new eyes as they stop and think – is there something between the lines?”

With Press Gang, expect another sharply observed play from one of Singapore’s most daring playwrights, and watch journalism and the media industry come into question in this gripping, electrifying new work to open the 2018 Singapore Theatre Festival.

Press Gang plays at the Singapore Airlines Theatre at Lasalle College of the Arts from 5th – 15th July. Tickets available from SISTIC