W!ld Rice’s newest Resident Playwright Thomas Lim made a stunning debut with Grandmother Tongue at the Singapore Theatre Festival 2 years ago, selling out both that run and the restaging last year. This year, he’s back with an all new play in the form of Supervision, set to make its world premiere next week at the opening of W!ld Rice’s 2018 Singapore Theatre Festival.

Directed by W!ld Rice artistic director Glen Goei, Supervision will star Umi Kalthum Ismail, Janice Koh and Patrick Teoh, and paints a familiar tale to anyone whose family has ever employed domestic help. In Supervision, we follow 67-year old retiree Teck after he suffers a stroke, leaving one side of his body paralysed. Moving back home, his daughter Jenny insists on hiring a caregiver for him, and before long, he’s under the care of young Indonesian domestic worker Yanti in her maiden trip to Singapore. Initially obedient and sticking closely to a prescribed schedule, Yanti quickly forms an unusual friendship with her ward, as he insists on defying his daughter’s wishes and goads her into changing the way she cares for him. Sometimes she sneaks him unhealthy food, but somehow, Jenny always knows exactly what’s been going on. 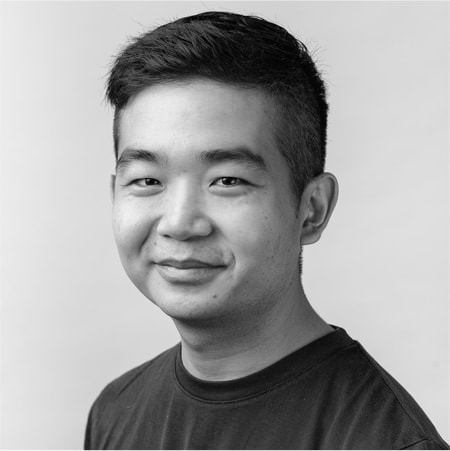 On the inspiration behind Supervision, Thomas explains: “When I was at my maternal grandmother’s house, I noticed that my aunt had installed a camera. It was a little disturbing, because I saw how my relatives would check their phone to check on what’s happening in the house, and knowing that whenever I was in there I was being watched triggered me to write this play.”

Supervision’s clever title plays on the double meaning of actually supervising an employee, and placing an emphasis on our actual ‘vision’ and how we see things. Thomas elaborates: “The whole premise surrounds an employer who has a ‘vision’ of the entire house. ‘Vision’ is not just seen through her cameras but also involves the idea of how various people choose to see her. I think that Singaporeans have become very indifferent to being watched, getting used to how our transactions or even our internet activity is being monitored. It’s interesting because this isn’t even a case where it’s just the state watching us, but how we’re all beginning to watch each other. It’s like we’ve accepted a tradeoff that we have to give up some form of privacy just for our security, but don’t know where to draw the line, even as these cameras are getting closer and closer.” 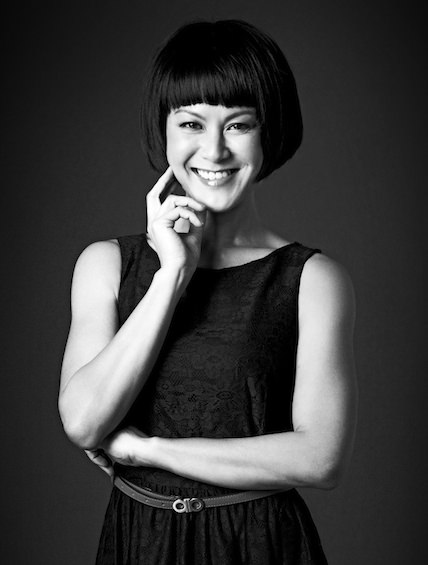 Cast member Janice Koh, who will play Jenny, elaborates on the issue of surveillance and domestic help: “We’ve developed quite a high threshold for the invasion of our private lives. When you see this show onstage, you’ll realise that we’ve come to accept this as a new normal in seeing a typical family go through it, and hopefully, they begin to question the necessity of it. Employing domestic help is so common in middle and high income families now, yet so many of us don’t know how to negotiate that, like how we never even had a mandatory day off for helpers until recently. When the system doesn’t recognize a need to set some ground rules, then there’s the danger of employers stepping all over certain boundaries and taking advantage of it, what with employer and employee living under the same roof, and the domestic space also being the workplace.”

She continues: “For my character, she’s acting out of fear, something very typical of people who do surveillance. What makes the play so interesting is that there is no one character who is absolutely right or wrong, and each of them are in conflict with each other depending on their own wants and perception. 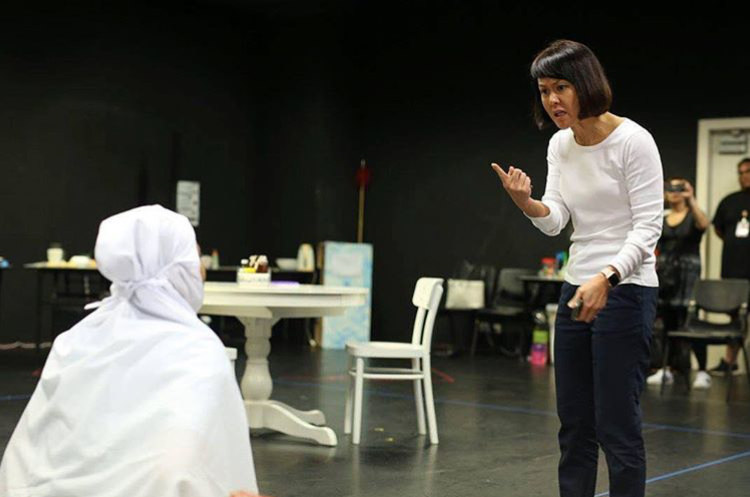 On the excitement of working on a new play, Janice expresses her enthusiasm: “We spent a lot of time in the first two weeks discussing the text, how certain lines ring true or don’t, and the various character motivations. Thomas has been great at taking feedback and applying it to give the issues in the play more rigor. it’s a script with so much potential to continue to grow and develop, finding out where we can go with its humour or its characterisation, and that for me has been the most fun part about working on new writing.”

Thomas concludes: “When you’re writing, it’s always the same few voices in your head when reading these characters, and it doesn’t start to flow until they’re finally being performed out loud. My characters have been brought to life and grown from the way my actors have brought their own experiences to them, and I can’t wait to bring it to audiences to see which parts they lean into and respond to most.”

Slated to be yet another funny, tense and insightful new work, Supervision is set to ask the important questions about the sacrifices we make in the name of security, as we become increasingly willing to put our and others’ privacy and dignity on the line through the lens of a typical household, as it premieres this week at the 2018 Singapore Theatre Festival.

Supervision plays at the Flexible Performance Space at Lasalle College of the Arts from 5th – 15th July. Tickets available from SISTIC