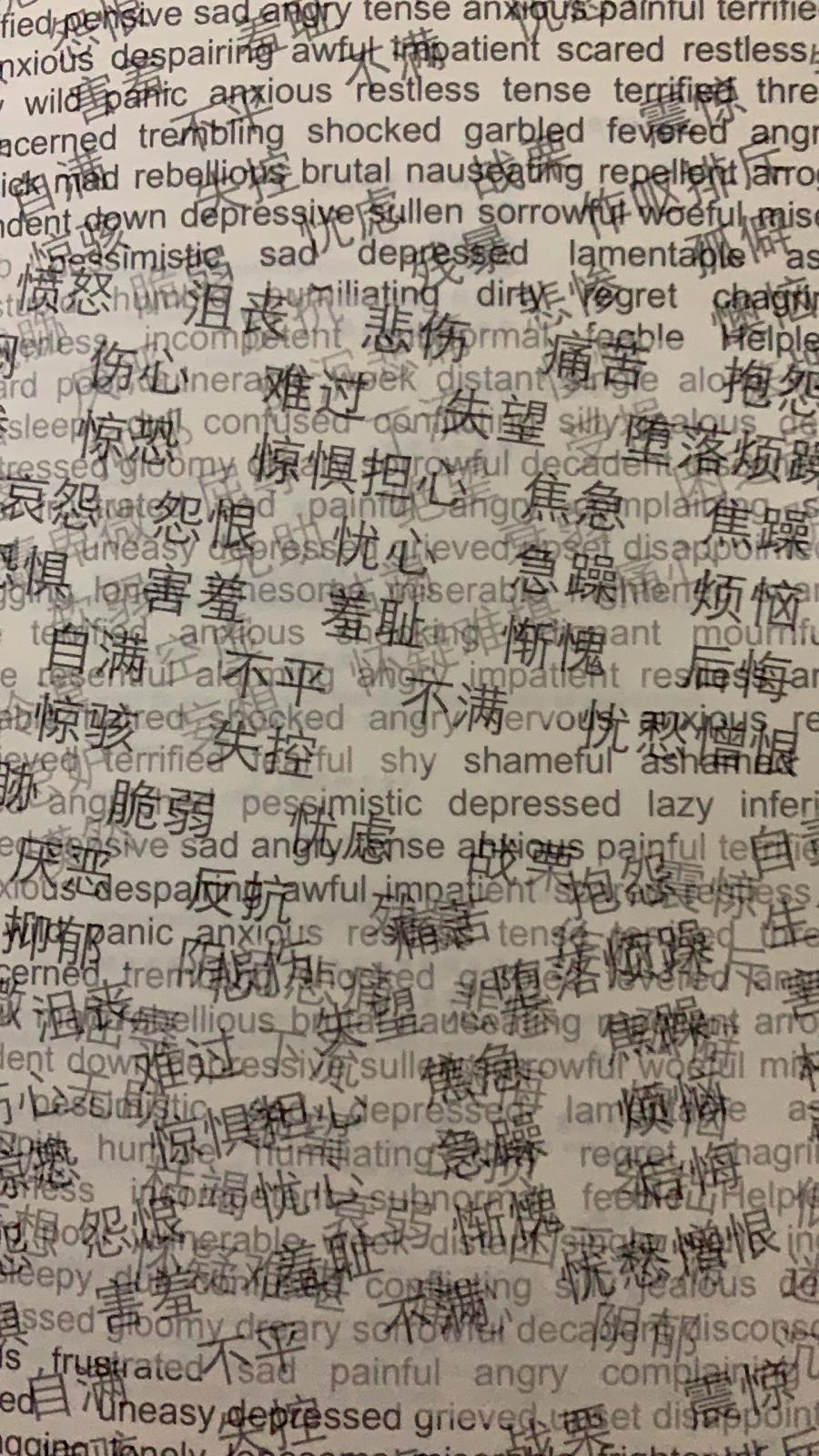 Warning: This review may contain spoilers

Journey to the centre of the self…and Liu Xiaoyi.

Over the years, Emergency Stairs Artistic Director Liu Xiaoyi has made it abundantly clear that the work he puts out staunchly refuses to conform to theatrical standards, having created work that subverts the norm, be it a piece of anti-theatre deliberately attempting to crush audience expectations or even performing in unusual spaces, such as the Esplanade’s carpark, both of which premiered at the last two editions of Huayi.

This year, the enigmatic theatremaker is breaking boundaries yet again with the premiere of FOUR FOUR EIGHT. Taking its title from and relating to late British playwright Sarah Kane’s play 4.48 Psychosis, FOUR FOUR EIGHT is a non-traditional theatrical experience that takes place across various locations, as audiences navigate around the Esplanade before reaching the space the actual ‘performance’ takes place – a whiskey bar. 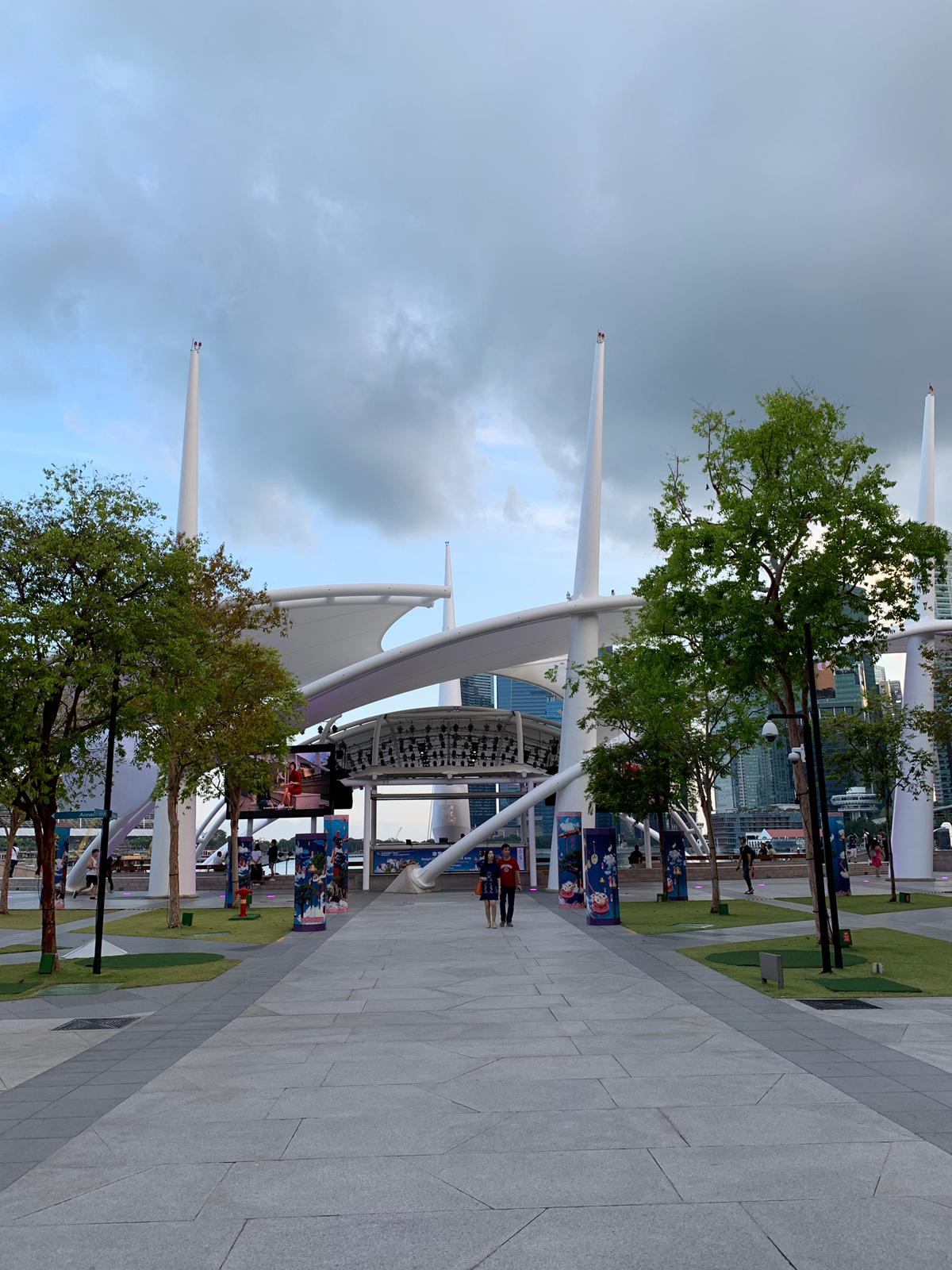 The way towards this final destination however, is not fixed, nor is it tied to a specific length of time. Instead, audience members enter into a solo ‘choose your own adventure’ style experience, as they chart their own path under the guidance of a useful manual, providing both strength and directions for the journey ahead. Tasked to write our names on this manual, this simple act automatically gives the experience a sense of the personal, as we venture out into the Esplanade grounds according to various answers we give, assigned various tasks to help better understand ourselves and become hyperaware of our surroundings. 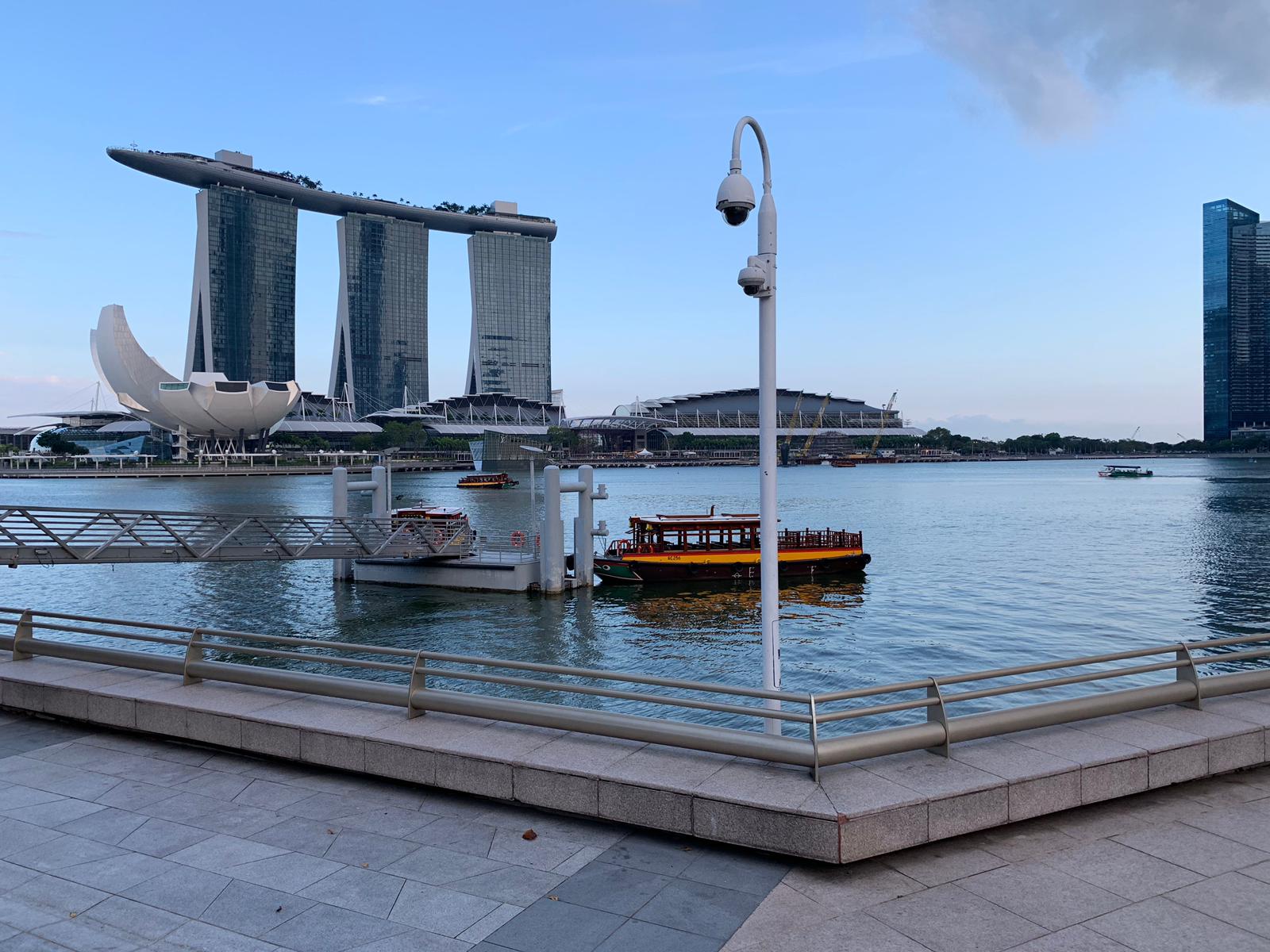 Following the directions in the guide closely, I soon found myself outdoors, the ambient noise of the outside world breaking the silence of solitude I previously held indoors. Nose-deep in the guide, I felt the words and instructions speak to us on a personal level, as I simultaneously observed the sounds of people chatting and laughing, feeling the emotions hanging in the air while I penned my thoughts down. It is evident that the creative team has spent plenty of time testing and planning the route this booklet would take us on, with a tonality that is both firm yet personal, coming from a place of honesty that easily led me to ponder on my surroundings as I wandered. 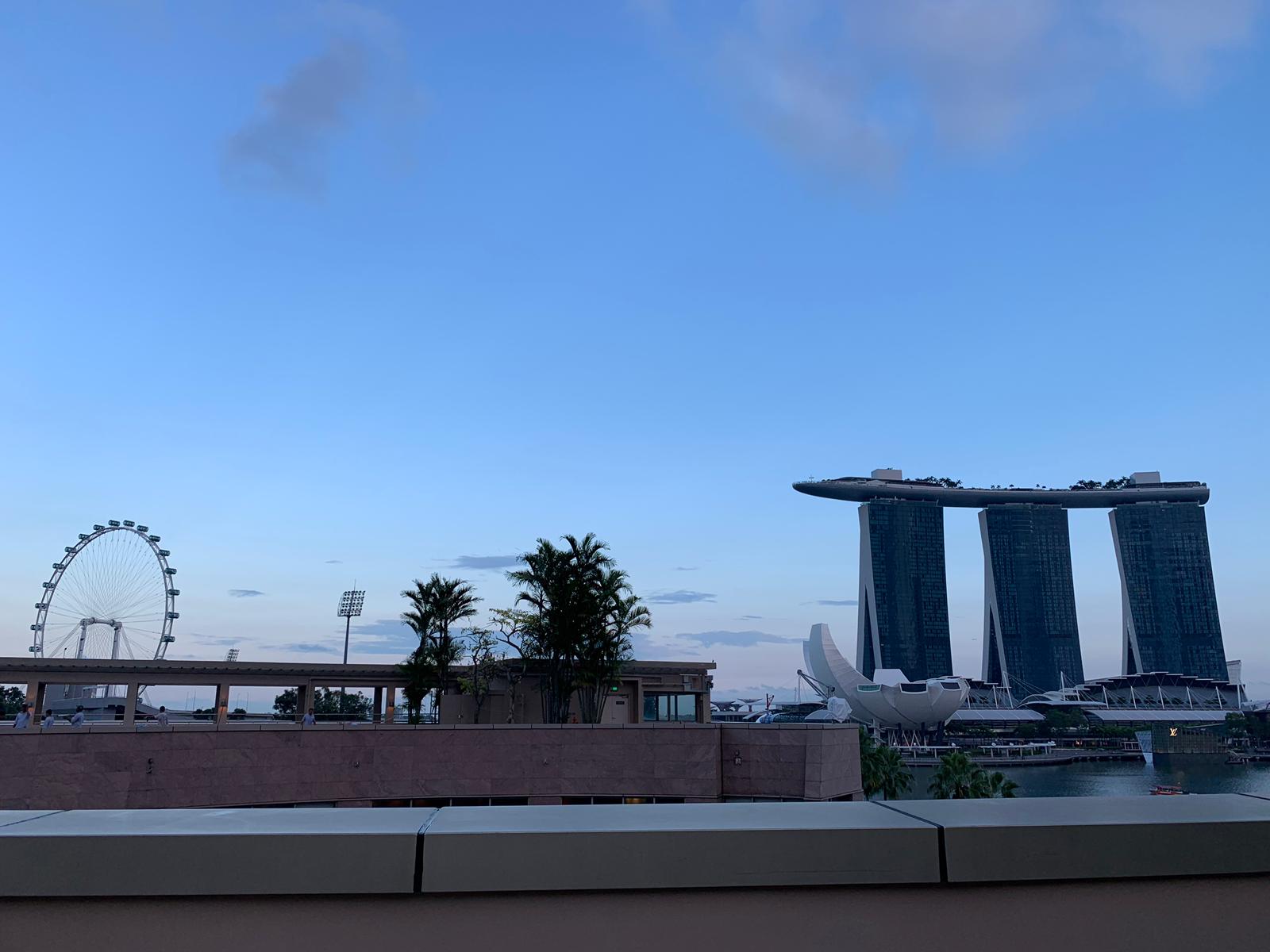 Having become aware of the space around me, it wasn’t long before I embarked on my next task – to go beyond awareness of my surroundings and find fleeting, yet poignant connections with a complete stranger. Brought to an unfamiliar area of the Esplanade, I was asked to look around and find a person to identify with, observing this “other self” in all that he did, focusing my attention completely on this person. Watching a man order food at a restaurant while talking to his partner, I felt a strange, constructed sense of connection to this man who for all means and purposes, was a stranger up to that point. In seeing him, in attempting to understand him, I was projecting onto him, and realising this, became aware of my own subconscious thought coming to the front of my mind.

I watch the skyline, feel the breeze on my face and hear the birds chirping; it is nature itself that amplifies the emotions I felt with every word, every thought I become aware of. Particularly while reading about Xiaoyi’s frayed relationship with his mother, one couldn’t help but relate to this lesson on the importance of togetherness, especially with it being Yuan Xiao Jie, as we noticed the mention of the traditional ‘tangyuan’ families consume together on this day. I gathered my thoughts and sought out a reflective surface as told to do so, and literally reflect as I looked at my own reflection staring back became crystal clear, almost as if I could see right into my own soul at this very point as I became aware not just of my surroundings, but finally was allowed a moment of respite to focus on myself. 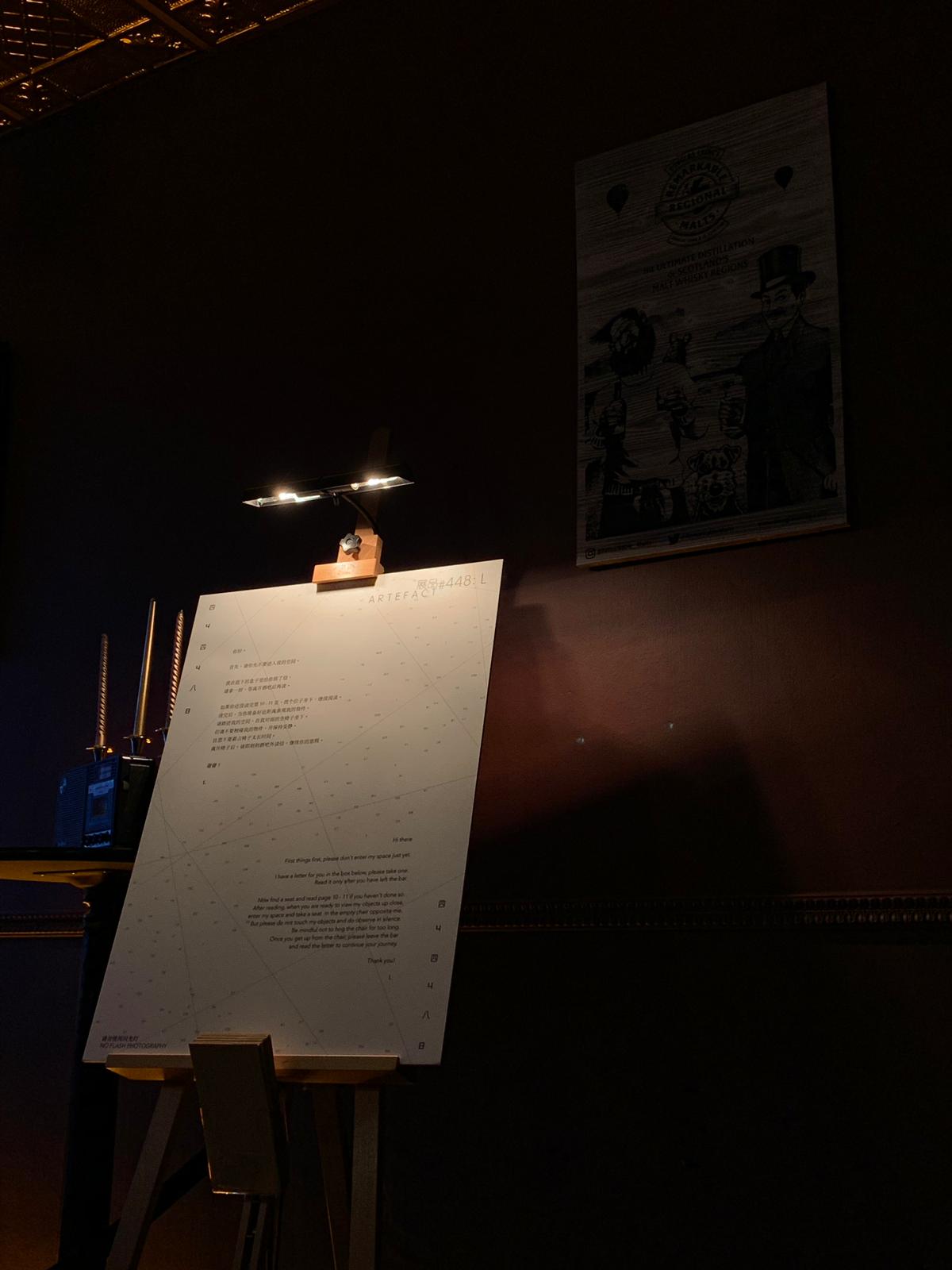 With all these thoughts in our head, it was finally time to move the action forward and head to the heart of the experience itself: The ExciseMan Whisky Bar. Set up to encompass the feelings of individuality and solitude, my mind conjured up images of lonely souls drinking alone at the bar, the crux of this experience being the forced to confront this seemingly overwhelming, all encompassing darkness that threatens to overcome the urban city dweller each and every day. But it was not yet time to get a drink – instead, I was guided to the private room, where Liu Xiaoyi himself was, confined to a set space. With an old-fashioned radio shifting between static and a string of numbers (from 4.48 Psychosis), one imagined that this was a personal, psychological space that belonged to Xiaoyi. Yet, it was not an unwelcoming one, as th practice from observing our surroundings in the Esplanade earlier on prepared us for this encounter, taking in the environment and feeling the emotions Xiaoyi was projecting outwards. It is at this point that I am allowed to order a drink from the menu, offering whiskey, wine, gin & tonic and even mocktails, catering to any and all tastes, making this truly an inclusive space, comforting audience members in all their loneliness, as one continues to observe Xiaoyi’s personal space. 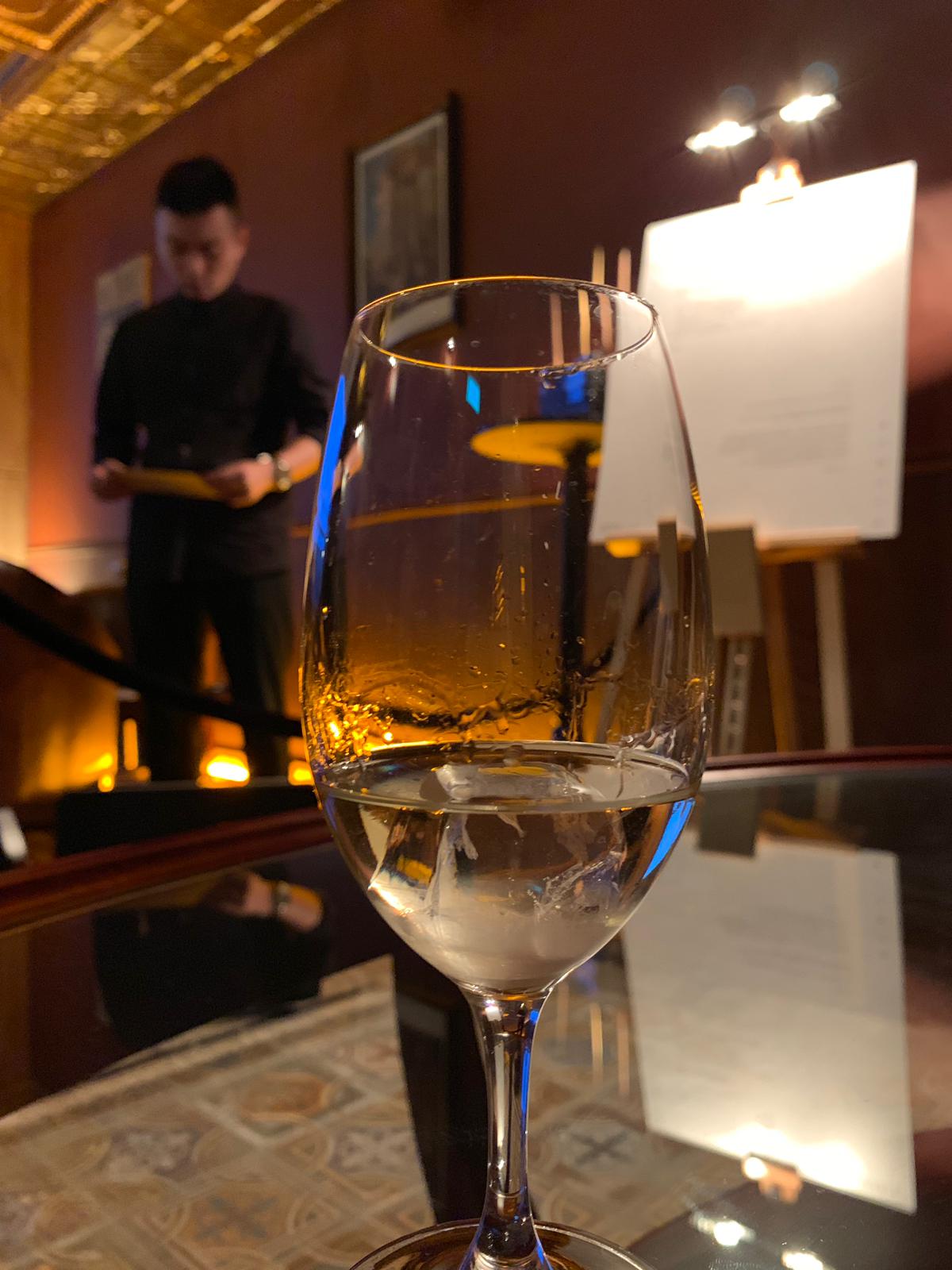 Invited to enter his inner sanctum while maintaining a respectful silence, I stepped a little closer and noticed various personal effects belonging to Xiaoyi on the table – an Anglican High notebook, his S-pass, photos of him and his family, a newspaper clipping about his work. I don’t know Xiaoyi personally, yet going through this experience, it feels as if he has touched us in some abstract form that forges a strange bond with this subversive theatremaker, now a person with history, family and selfhood, as he brings out more and more paraphernalia from his briefcase, including a Chinese passport he stares at, pondering over his identity. This experience is without a doubt a personal one for both myself and Xiaoyi, this space, this set-up, a vessel to learn how to shut out the distractions, the voices in our head to focus on ourselves, the me, myself and I hidden at the core of our beings deserving of love. 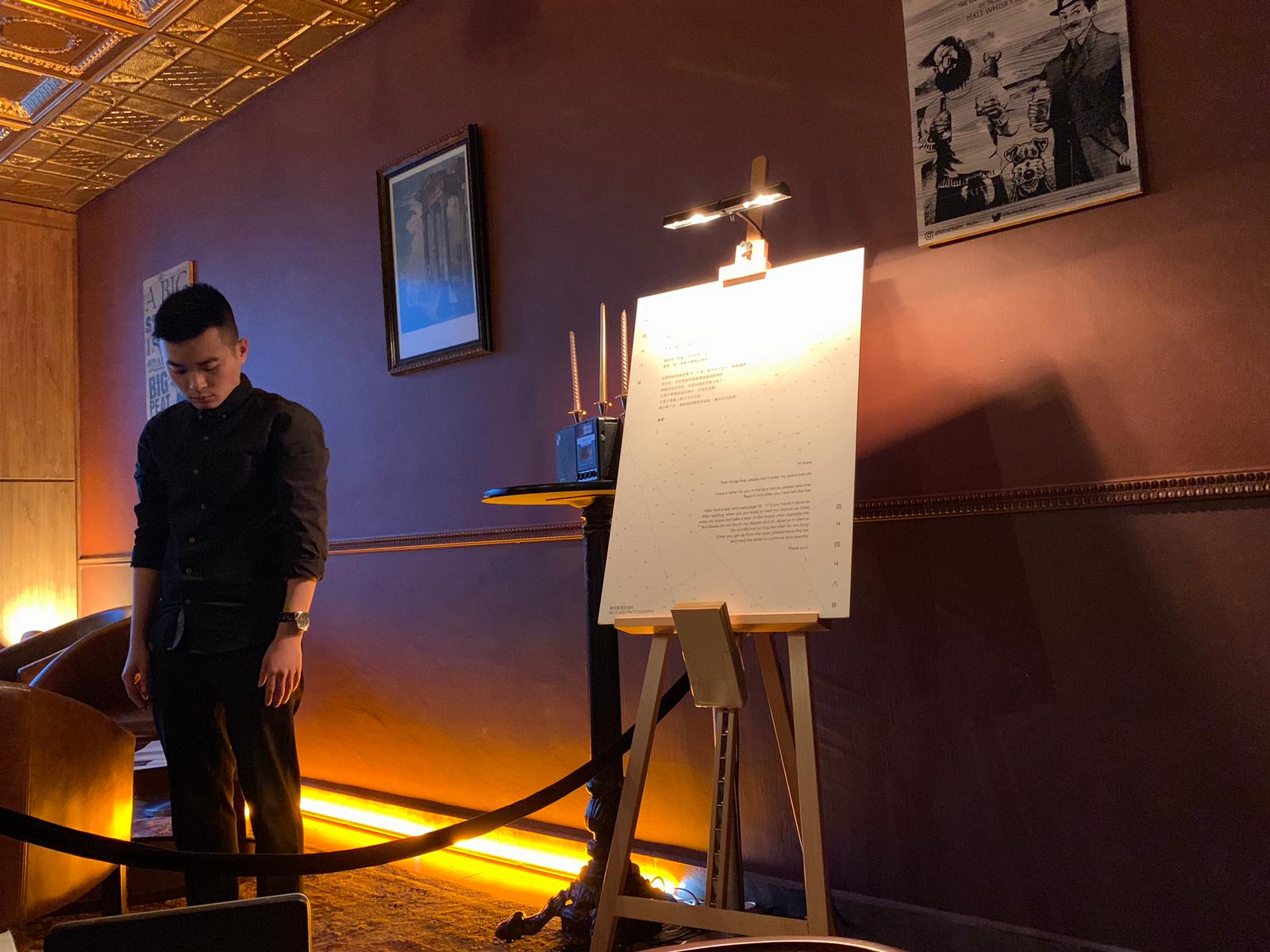 This liminal space, this nearly empty bar as an epitome of modern, urban loneliness, is a better space than we ever could have imagined to have carried out this experience and end our journey of self-reflection, discovery, and choices. Through a deceptively simple act of asking us to make conscious decisions while reflecting on our selves, on our own, FOUR FOUR EIGHT has elevated the Esplanade’s spaces to now hold personal meaning for us as we journeyed through it, learning to appreciate the world around us, and more importantly, ourselves. There is a lucidity one has gleaned from this well thought out, carefully conceptualised and curated experience born of the hard work of Liu Xiaoyi and his team, one that allows audiences to freely participate with no holds barred, coming to the realisation that there is always light amidst the darkness if we just search hard enough within ourselves. 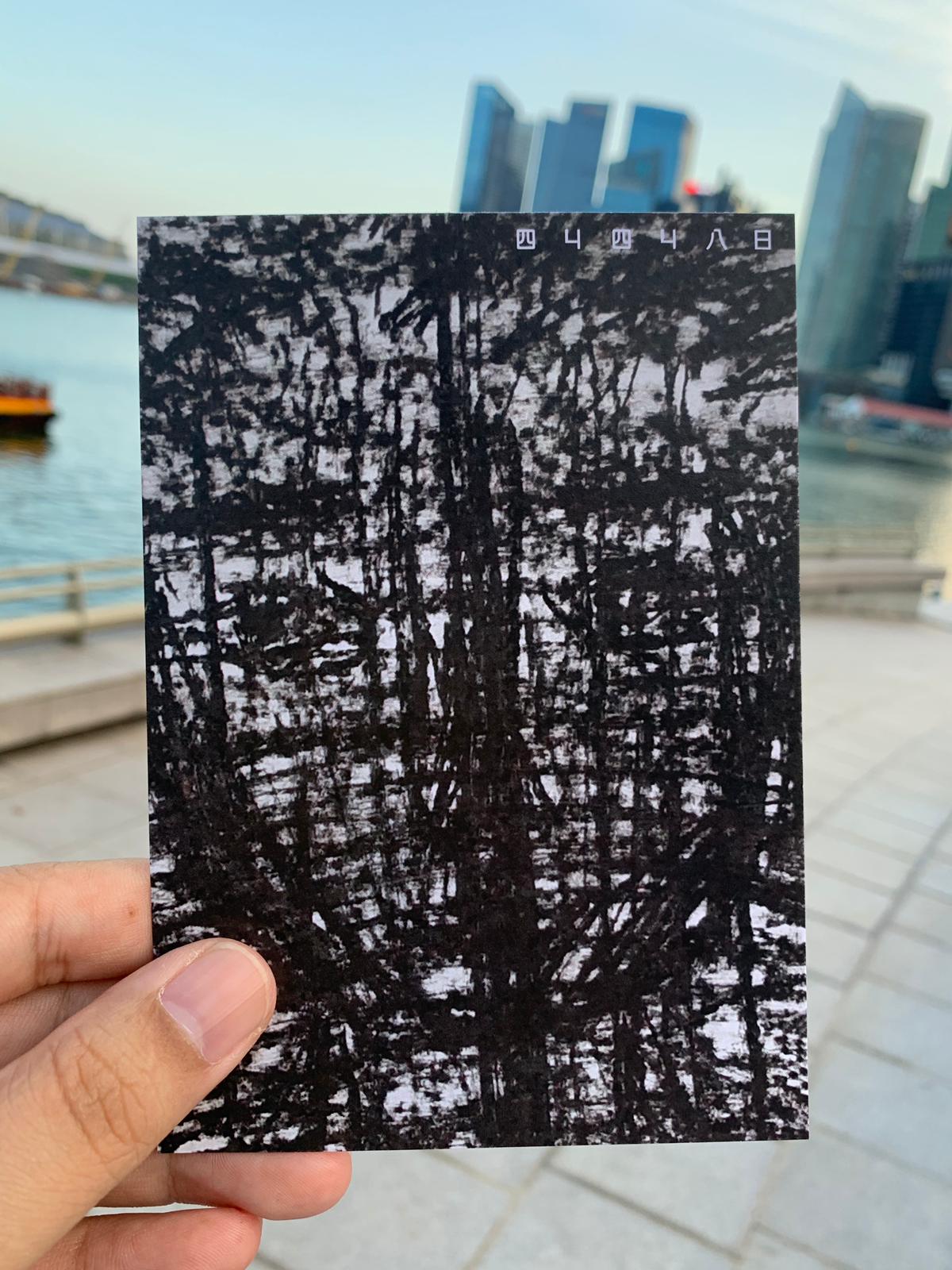 FOUR FOUR EIGHT plays from 19th to 23rd February 2019 at The ExciseMan Whisky Bar (Esplanade Mall #02-27), as part of the Esplanade’s Huayi – Chinese Festival of the Arts. Tickets available here