Preview: Fatih – The Prince and the Drum by NADI Singapura (Pesta Raya 2019)

As the annual Pesta Raya – Malay Festival of the Arts returns this weekend, expect the Esplanade to come awash in a flurry of activity as the space is enlivened by a carefully curated variety of performing arts from the Malay Archipelago, from famous regional singers and bands, to children’s theatre, to dance and theatre. Headlining the festival is the first large-scale commission of a theatre production by Esplanade – Theatres on the Bay for the festival – Fatih – The Prince and the Drum.

Created by NADI Singapura and directed by Indonesian director Garin Nugroho, who last presented the sold-out Setan Jawa at Pesta Raya in 2017, Fatih presents an epic tale of trial and tribulation, told through Malay percussion, martial arts, dance, prose and song. In this tale, the eponymous Prince Fatih of the Kingdom of Sritanmira embarks on a journey of self-discovery, and finds himself lost and betrayed, only to be saved by the power of his parents’ love. A cross-country creative team with members from Singapore, Indonesia and Thailand, we spoke to director Garin Nugroho, playwright Zulfadli Rashid and Riduan Zalani, the man behind the original story and music, before the show premieres this weekend. 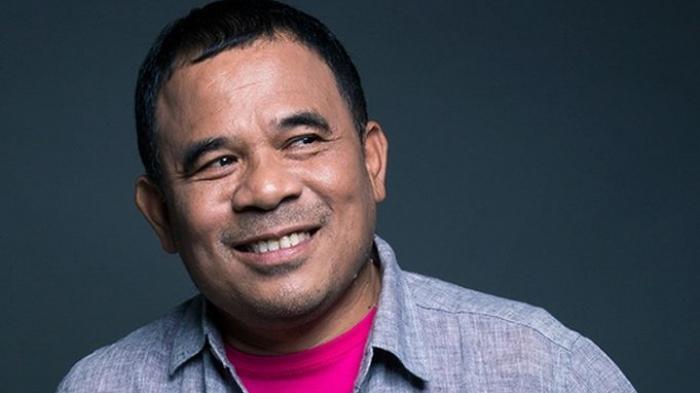 Bakchormeeboy: Having last presented Setan Jawa at Pesta Raya 2017, do you feel that Fatih is a completely different work altogether, or that there are similar themes or ideas that both works are concerned with?

Garin: Directing Setan Jawa and Fatih are totally different. Setan Jawa mostly consists of professional artists. But with Fatih, we are working with 40 community members and artists.

It is precisely the challenge & beauty of the spirit that NADI Singapura has, with diverse backgrounds of each artists. NADI Singapura is a strong community led by Riduan who possesses qualities such as strong leadership and creativity. In addition, NADI has been playing an important role as they bring significant value to percussion as a musical history, an important part of Malay culture. 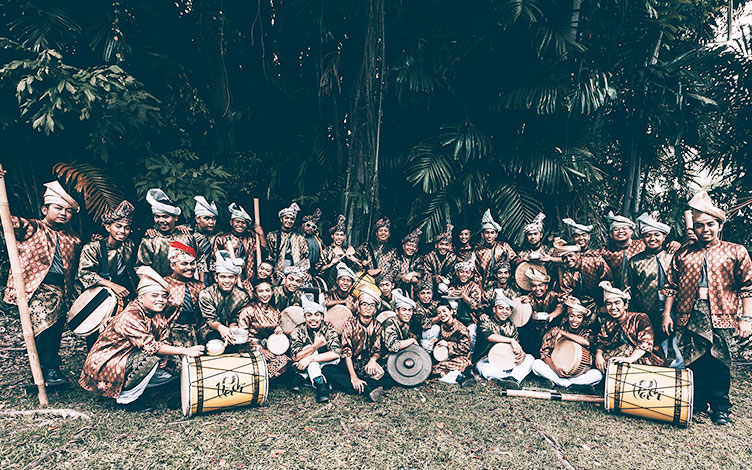 Bakchormeeboy: While primarily known as a filmmaker, you’re also highly experienced in directing theatre. How difficult is it transiting between both mediums, and how do you approach each form differently?

Garin: Of course, there are differences in philosophical principles and characters between the forms of film and theatre, between an artefact in the form of a film or with doing it live. A simple example is how in film after shooting, the director in editing can cut, repair, and even eliminate editing, as well as enliven it with music and special effects. In theatre, the problems include the condition of the artists and the team as they must be present until the show ends. In the film, the actress’ focus is only 1 to 10 minutes in each shot, so in theatre it can be for a long tedious duration.

Bakchormeeboy: How does it feel to be premiering this work in Singapore, knowing that your daughter is also presenting a new work here at the same time?

Garin: Very happy and thankful to Esplanade for giving my daughter and I the opportunity to work on Esplanade stage. I am proud and amazed after seeing Kamila’s work in Salihara (preview of The Seen and Unseen in Jakarta). Kamila works with the Bumi Bajra group which focuses on the values of Balinese arts and culture. Since childhood they have been trained to work hard and become a disciplined maestro, and it is The Seen and Unseen which has paved the way for Kamila to enter the world of theatre and dance.

Bakchormeeboy: Combining multiple disciplines such as dance, percussion and theatre into a single production is no easy feat – how do you manage the challenges that come with it?

Garin: Multidisciplinary forms are not easy. It Fatih requires percussion players to transform into actors, dancers and pantun reciters in complex unity. Therefore, we must first understand the human resources, the quality and background of NADI members while at the same time understanding their spirit and the strength of Riduan as a leader.

Secondly, understanding the growth and role of NADI Singapura in the community, especially their role as a strong Malay percussion group.

Thirdly, adding the element of guest performance (Nan Jombang Dance Company), if not already represented in NADI, although it only encompasses 10 percent of the production.

Fourthly, to form a team, find the right collaboration model and being accompanied by good coaches

Lastly, we need to understand the goal; the need for the growth of the arts community locally and in Asia.

Bakchormeeboy: What would you say is an aesthetic quality of your work that makes it quintessentially ‘Garin Nugroho’, and how does that fit into Fatih?

Garin: Each work has a different purpose and a different target. Each idea or work is similar to planting seeds where they will grow into different plants that must be nurtured with different philosophies and methods. Making a Javanese opera theater for the Tropenmuseum’s anniversary – Amsterdam is different from creating The Blindfold film in school for anti-radical movements in religion. The Blindfold uses narrative methods that are easily followed by children in school. Meanwhile, Javanese opera is an aesthetic exploration of various forms of art from films, art installations to dance, as well as the works of Setan Jawa.

Because every idea or work is like a seed, it must be planted in the right soil and grown in its own special way. The process of growing and developing, as well as collaborating with Fatih is totally different from making Javanese opera or Setan Jawa film. In my opinion, I’m a creator and teacher, many people nickname me as the “headmaster of the school.” There are always two sides – first, work for my personal exploration. Secondly, collaboration will progress, to share and grow. Like in a park or forest, if we are a plant, it will grow better if the environment of surrounding plants grows well into a beautiful and diverse garden. That’s my happiness. And lastly, if you love something, you work for it. If you fall in love, you will be in high spirit and prepare well, ready to face problems full of drama in the work process. Hence, fall in love continuously.

Bakchormeeboy: You previously wrote the script for Alkesah (2018), which also deals with ideas of myths and legends. How different or in scale or writing is Fatih from other projects you’ve embarked on?

Zulfadli: Alkesah was conceptualised by myself and Aidli Mosbit. I had the freedom to decide how i wanted to recreate and re-present the popular Malay folklores and the music genres that would eventually colour the play.

Fatih, on the hand, is conceptualised by Riduan, with NADI Singapura’s rich repertoire in mind. I was given the responsibility and opportunity to translate what was an elaborate idea to stage. I was also fortunate enough to introduce new characters and plots to further develop the story. Riduan and NADI Singapura had an epic in mind. The story is set in an alternate universe nusantara. Having said that, it is fundamentally a tale of good vs evil. In terms of scale, Fatih is huge. The ensemble of percussions itself is awe-inspiring.

Bakchormeeboy: From the summary, Fatih feels like a traditional tale of the hero’s journey. What are some of the themes or message you hope to bring across with Fatih? Are the characters clearly divided into black or white, or is the morality of the production more grey?

Zulfadli: Well, it is not wrong to assume that Fatih follows the traditional tale of a hero’s journey. I hope to emphasise how Man has taken Mother Earth for granted in the pursuit of wealth and power. Additionally, I also hope to stir some emotions with regards to how absolute power can lead one to be self-serving.

My works have never painted the characters as black and white or even grey. My characters are often colourful. I dislike telling the audience what is good or bad. Like many of us, I am excited to see how the script evolves from text to stage.

Bakchormeeboy: Why is Fatih a show that audience members should come and catch this Pesta Raya?

Zulfadli: Internationally acclaimed artists like Garin Nugroho, Nan Jombang, working together with the inimitable Nadi Singapura and some of the best local artists (Rizman Putra, Norisham Osman) are good reasons why you should see the show!

Bakchormeeboy: Considering that Fatih’s subtitle is The Prince and the Drum, how important is percussion in this production, both narratively and artistically?

Riduan: It’s very important! In fact, one of the main reasons why the show was even formulated was because we wanted to do a show that strongly featured percussion music! I think Malay percussion and music have the potential to expand far beyond  has potential to expand its reach and lifespan outside traditional settings. Often, they’re relegated to just weddings, events, rituals and ceremonies, but there’s so much more to it! We should tap on it and unleash its potential, such as in Fatih. In the show, we have over 100 drums, and each drum has a unique property that has been workshopped and improvised, so we can share the spirit of such music being presented in the show.

Bakchormeeboy: Describe the composition process for the soundtrack to Fatih – is there an overarching theme to it, a leitmotif, or does it simply differ according to each scene?

Riduan: All of the above – Fatih actually opens with a song, whose title translates into ‘the promise of being firm’. It’s something that then repeats itself over many scenes, both instrumentally and with chorals. We also have 3 different tribes featured in the show who are represented by different instruments and types of drums. The Tohmah tribe, for example, are the bandits or pirates of the show, and we use low drums and pieces of bamboo to represent their sound. The other two tribes also have their own specific sound, and all of them sound fantastic!

Bakchormeeboy: How does traditional music continue to find a way to stay relevant and interesting in modern context, and why should we hold on to it?

Riduan: One way of doing that is via shows like Fatih. A practitioner or ensemble can choose to expand and explore traditional music elements and nuances while trying a different setting. I personally believe that art is in a constant state of evolution. For NADI Singapura, we started out as a traditional Malay outfit, with just percussions, before over 8 years, we began to incorporate theatre, dance, poetry and other disciplines. Such collaboration is one of the steps a practitioner can take to keep the craft relevant.

Singapore is also such a unique, multiracial country, with so many different practices and styles in one place, whether it’s our own cultures or the Western influences that informs our art. Also, these days, it’s not just important to be relevant, but be cool as well! As a Singaporean troupe, we need to carve a stronger identity for ourselves, and our members are primarily quite young and hip and fun to be with, all part and parcel of how we extend the art form’s lifespan. But honestly, what is most important of all as practitioners is to remember that arts is for the community, and that we aren’t just performing for the sake of it, but also out of a sense of responsibility and love, while also taking ownership of what we’re doing.

FATIH – The Prince and the Drum plays on 29th June 2019 at the Esplanade Theatre. Tickets available here

Pesta Raya – Malay Festival of the Arts 2019 runs from 27th to 30th June 2019 at the Esplanade. For a full list of programmes and tickets, visit their website here