An epic, joyous production elevating the art of drumming to new heights.

There are some productions that can only be described as nothing more than pure joy to watch. Fatih – The Prince and the Drum, happens to be one such production, as it cleverly uses a mix of Malay percussion, song, martial arts and staging to make a familiar tale of a fallen prince seeking justice feel fresh again.

Created by NADI Singapura and directed by esteemed Indonesian director Garin Nugroho, Fatih displays more than a passing parallel to tales as old as Shakespeare’s Hamlet, or more recently, The Lion King. With an original story and score by Riduan Zalani, and written by Zulfadli Rashid, Fatih sees the eponymous prince born to the Kingdom of Sritanmira and growing up destined to inherit the throne. When the nefarious Angker and his Tohmah pirates betray the crown, Fatih finds himself amnesiac and awash on a foreign island. With the help of the local Maialena villagers and a magic medallion, Fatih regains his memory and returns home to take back what’s rightfully his and save the kingdom. 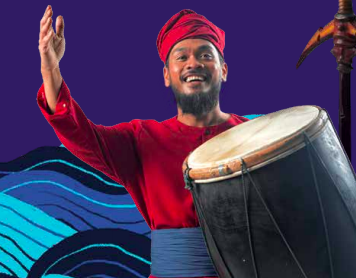 The success of Fatih is owed in part to its framing device as an epic legend, with narrator Riduan Zalani entering the stage with gusto along with his team of drummers as he connects easily to the audience and prepares them for the tale they’re about to hear. When the safety curtain rises, one cannot help but gasp at Wong Chee Wai’s massive ‘stone’ steps along with Wulang Sunu’s projection designer, the latter of which showcases beautiful woodcut-like illustrations of sea maps, palaces and islands, giving the entire production a sense of the ancient and revered. Tube Gallery’s costumes are obvious homages to Malayan attire of old, while imbuing them with a touch of the gratuitous, with particular praise going out to Queen Dewi Thia’s sun-like headpiece. Coming together, these elements set the tone for the rest of the production with its grand opening, and from the cheers and applause, it was evident how hyped the audience was to see how the story unfolded. 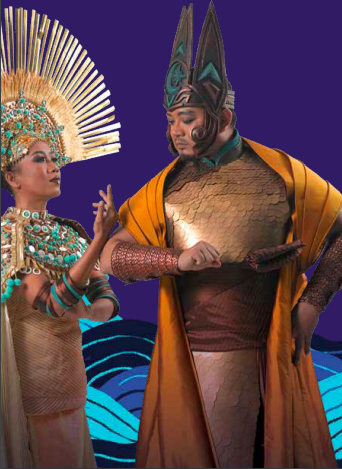 But above all, Fatih’s crowning glory is its intent and success at becoming the perfect platform to bring traditional drumming into the modern era. The world of Fatih, while never overtly said, is one that revolves almost entirely around music, specifically, drums and percussion. Drums, be they tambors, kendangs or even ghatams, feature as the primary instrument in each and every song in Fatih’s soundtrack, and can be said to be completely integrated into each character’s lifestyle. Battles are conducted as opposing groups drum a beat in the background, a sacred gift takes the form of a golden drum, while there even exist entire trees cultivated to bear hanging drums as their fruit. It’s an audaciously over the top concept that works for Fatih, simply because it is so well-integrated into the story that never once do the instruments ever feel out of place. 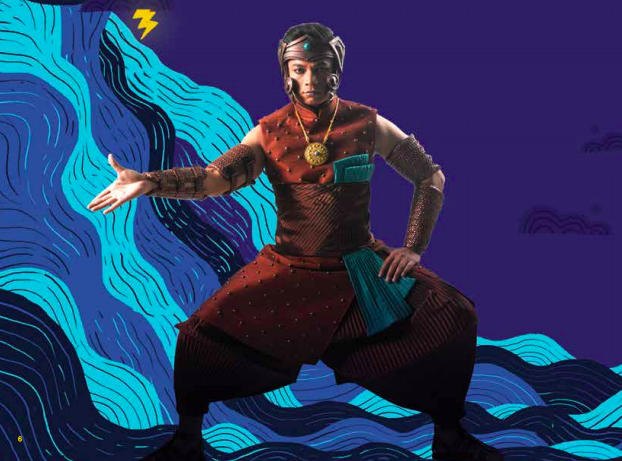 Kudos as well to the performers themselves from NADI Singapura and guests, who display nothing but enjoyment each time they appear onstage, their energy naturally transmitting to the audience members. Rehearsed to perfection, each song and sequence is hypnotic in both sight and sound, not a single beat out of step as the Nan Jombang Dance Company arrive to perform well-choreographed fight scenes that keep us on the edge of our seat, or synchronised group movements. Director Garin Nugroho has a flair for the dramatic, with plenty of scenes effectively utilising the height of the stairs or the sheer number of performers to create a spectacle. From the ill-fated battle between the Sritanmira and Tohmah, to the infectiously catchy ‘Mari Mari’ performed by the enthusiastic Maialena islanders, each scene feels tailor-made for picture-perfect production shots, with blocking and arrangement well-executed. 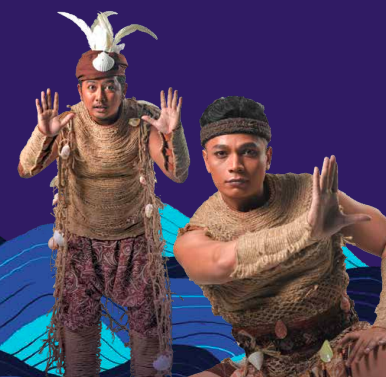 In terms of characterisation, Fatih lacks development in its female characters, relegated to being objects of affection or damsels in distress, while in comparison to its first half, Fatih’s second half feels narratively rushed, leaving little time or reflection for Prince Fatih to grieve over his father. However, overall, Fatih remains anchored by its cohesive narrative that gives just about every main cast member their chance to shine. As Prince Fatih, Nizar Fauzie exudes a traditional masculinity and strength that screams hero, while as his parents, both Norisham Osman and Tutut Tuty move with an air of regality and wisdom of rulers. As love interest Cyanila, the sparks that fly between Izzathy Halil and Nizar Fauzie are practically visible as they coyly flirt onstage. But above all, it is Rizman Putra who fully embraces his rockstar persona as the villainous Angker as he steals each scene he appears in. One feels as if he is channeling David Bowie’s Goblin King from Labyrinth as he simultaneously oozes both charm and danger, teetering between love-to-hate and genuinely threatening. 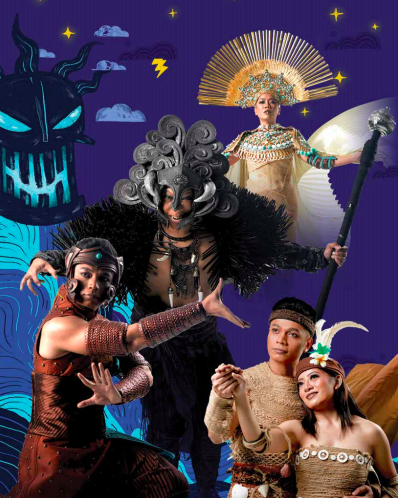 There is no denying that Fatih is one of 2019’s most visually, sonically and theatrically riveting productions thus far, one that brings traditional drumming to new heights with the vast imagination and visual appeal displayed by its cast and creative team. This is a rare production that comes off as universally appealing while remaining quintessentially Malay, an ecstatic work that puts a smile on one’s face in every scene. Fatih is a triumph of theatre one wishes could be restaged to show the world what a Singaporean company at the height of its creativity can achieve, and certainly, has catapulted Pesta Raya 2019 to having commissioned one of their best works yet.

Fatih – The Prince and the Drum played on 29th June 2019 at the Esplanade Theatre.

Pesta Raya – Malay Festival of the Arts 2019 ran from 27th to 30th June 2019 at the Esplanade. For a full list of programmes, visit their website here

1 comment on “Review: Fatih – The Prince and the Drum by NADI Singapura (Pesta Raya 2019)”