The Practice Space becomes a lab to experiment and play with the concept of ‘Utopia’. English writer Thomas Moore was the first person to write about utopias, or an imaginary […]

Preview: a line could be crossed and you would cease to be by Intercultural Theatre Institute

Following their devised production The Peculiar Tra La back in March, the newest graduating cohort of the Intercultural Theatre Institute (ITI) are back this September with yet another brand new play […]

Get ready to witness some of Singapore’s best rising talent as the Singapore Symphony Orchestra presents Kevin Loh at the President’s Young Performers Concert this September! This time around, they’ll […]

Preview: NUS Centre For the Arts Presents The Last Gap and The Golden Record 3.0

The Bicentennial celebrations never let up, and this year, the NUS Centre for the Arts (CFA) is commemorating it with two brand new FREE to attend productions from two exciting […]

Cycles of abuse can be a real bitch to break out of in this harrowing, pitch black play. It’s not often that you leave a play feeling utterly corrupted by […]

This August and Septmeber, LAMC Productions and LA Comedy Live are upping the ante with a line-up of international comedy and musical acts to keep you entertained throughout, from drag […]

Preview: Moonfest 2019 by Esplanade -Theatres on the Bay

Hotels have begun to hawk their mooncakes again, and you know what that means – the annual Mid-Autumn Celebration is back, and the Esplanade is having a bash with a […] 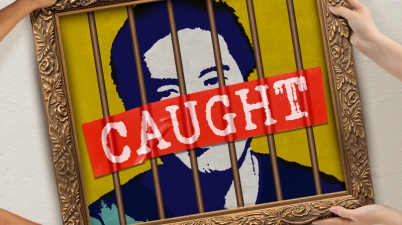 The Singapore Repertory Theatre has had its brushes with controversial fine art before, having staged Yasmina Reza’s Art at the National Gallery Singapore in 2016, but for their  brand new, upcoming experience, they’re […]

Quality Roald Dahl adaptation buoyed by strong performances and high production value. Put together a crew of winsome animal protagonists, a group of nefarious farmers and a classic tale of […]

Touring the UK 2019: Afsaneh Gray’s The Border by Theatre Centre

LONDON – Theatre Centre, the UK’s leading producer and pioneer for thought provoking theatre in schools, is excited to tour the world premiere of The Border by Afsaneh Gray, winner […]

Touring the UK 2019: The Escape Act – A Holocaust Memoir

LONDON – Based on the true story of Irene Danner-Storm, The Escape Act – A Holocaust Memoir tells the riveting and powerful story of a Jewish acrobat who hid in […]

In London’s (Off) West End 2019: What Girls Are Made Of by Raw Material & Traverse Theatre Company in association with Regular Music (Preview)

LONDON – Following a sold-out, Fringe First winning run at Edinburgh Fringe 2018 (where it’ll return again for 2019), Cora Bissett’s What Girls Are Made Of charts her rollercoaster journey […]

Touring the UK 2019: Crimes on the Coast by New Old Friends

BATH – On a secluded island hotel just off the English coast, the idyllic landscape becomes a crime scene after a scandal inducing femme-fatale is fatally felled. All the guests on […]

Touring the UK 2019: The Pirate Cruncher by Goat and Monkey

WORTHING – Adapted from the best-selling book by Jonny Duddle, with music and songs by multi award winning folk musician Jon Boden, get ready for a rollicking adventure, with The Pirate […]

Arts of the UK 2019/20: Simon Annand’s The Half at the Lawrence Batley Theatre 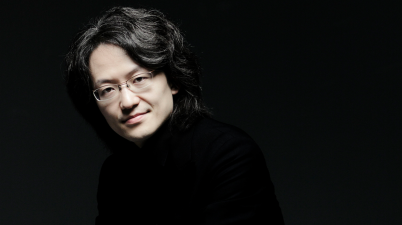