When the 2019 Singapore International Festival of Arts (SIFA) programme line-up was announced in February this year, expectations ran high and hype was abound. With the impending arrival of some of the greatest living artists today and exciting new work from local artists, SIFA 2019 promised a season of arts that would establish May as Singapore’s month of arts, building on what Festival Director Gaurav Kripalani started in 2018.

As SIFA drew to a close on 2nd June with a free Closing Concert that featured the return of local artists Elena Wang, Julia Abueva and Sean Ghazi, one reflects on the three weeks of works presented by artists from Singapore and the world. Attended by more than 73,000 people, highlights of this year included big name works by living legends, from theatremaker Tadashi Suzuki, to composer and pianist Ryuichi Sakamoto, to choreographer Sasha Waltz.

Says Sarah Martin, CEO of Arts House Limited: “SIFA as a brand is growing from strength to strength — we have received heartening support from all our stakeholders including the audience, media and the artistic community. There is more talkability about the festival, with discussions and debate surrounding the art and programming of SIFA. We see a higher attendance level for the festival, which affirms the appeal of the diverse programme we sought to curate.”

If there’s one theme to describe the programmes this year, it would be “Me Against The World”. Through most, if not all of the programmes this year, we watched individuals battle against the society they lived in, be it struggling with their own inner demons, or fighting back when faced with oppressive rules and authority figures. In a world where morality is greyed and no one seems trustworthy anymore, it seems the only person we must draw strength from is ourselves, as we work to survive and make our way through this increasingly difficult life. Here’s a quick breakdown of what programmes we liked about this year’s SIFA, and what we didn’t quite enjoy.

Tadashi Suzuki’s Dionysus, a cross-cultural collaboration that brought together performers from Japan, China and Indonesia onstage to retell the Euripedes’ classic. The moral at the end of the story was a blurry one, with its message ambiguously drifting between the dangers of organised religion and the futility of man against the mob. But what was clear in this opening show was how it established every SIFA show this year would feature artists wholly committed to their chosen medium, masters in their own right as the actors onstage displayed unparalleled chemistry, proving why Suzuki remains one of the very best in the genre.

Beware of Pity, featuring the ensemble of Schaubühne Berlin for the second SIFA in a row, incurred (undue) criticism for its portrayal of the disabled, one that we felt was misaimed and unwarranted for its artistry. Directed by Complicite’s Simon McBurney, the lengthy script was buoyed by deeply imaginative staging and technology as we watched the fall of one man as he gives in time and time again to his penchant for self-fulfilling pity, his own sense of warped morality dooming him. Once again, Schaubühne Berlin proved excellent with their ensemble work, and nimbly able to breathe new life into an old story with innovative staging and drama that cuts like a carving knife into flesh. 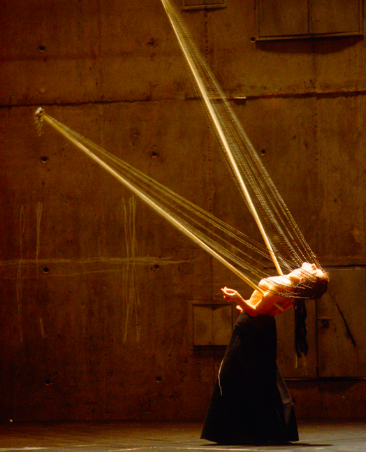 Sasha Waltz’s Körper, marking an incredible reunion of the original dancers from 19 years ago as they lay bare the insecurities and issues with our bodies, in turn linking it to the idea of comfort and place in the world. A brilliant mid-show climax and constant sense of unease makes this one of the most disturbing shows we’ve watched in a long time, one that crawled under our skin and made us wince, laugh and feel pure existential dread as we watched it unfold onstage.

As posh a venue as the Victoria Theatre was, Gisèle Vienne’s Crowd subverted all that by  covering the entire stage in a layer of soil as the dancers came on to perform a Berlin-esque rave. While certainly an odd venue to situate such a ‘grunge’ performance, the sharp choreography and riveting imagery belied that mud-stained dancers as they pushed themselves to the very edge of their physical limits, with scenes anyone who’s ever been to a club will recognise.

Shiro Takatani’s ST/LL, combining technology, movement, light and sound, produced an introspective work that allowed each discipline it incorporated to come together and form its abstract, surreal world. Haunting, wild, and showcasing some of the best uses of lighting, music and video, ST/LL is a visual installation in motion, allowing us to access and imagine our inner selves as we had never thought of it before.

Sharing the set of ST/LL, composer and pianist Ryuichi Sakamoto gave a rare, one-night only performance of Fragments, a transcendent work that took full advantage of the unique, watery set to elevate his experimental music to new heights, crafting a narrative of recovery and triumph in the face of tragedy through his experimental music, bolstered by strong visuals and Sakamoto’s own troubled pacing around the set.

Dutch collective URLAND’s sold out Bedtime Stories showed how so much of theatre was simply reliant on having a good narrative and a good storyteller to make it work, with a deceptively simply set-up that immersed audiences completely in Thomas Dudkiewicz’s voice and the ambient sounds to bring his dark tales to life in our mind’s eye.

Local company Toy Factory had a difficult SIFA 2018 with the disappointing The Beginning, but came back in full force this year, impressing us with Reverie. Given a new space, new cast, more script and more fun, the second instalment of Toy Factory’s A Dream Under the Southern Bough was a tremendous improvement and showed off director Goh Boon Teck at his best, leaving us excited for the final, full instalment in SIFA 2020 and proving what a good commission looked like.

Says Ng: “There is a renewed energy in the local opera scene as many artists, including myself, have returned from overseas stints with a strong desire to create operatic works on home ground. SIFA has presented a timely opportunity for us to bring an interpretation of a classic work to Singapore audiences who are thirsty for early music. With Oreste by Ifigenia being a SIFA first for opera, we are excited to see more people grow to appreciate this genre of art.” 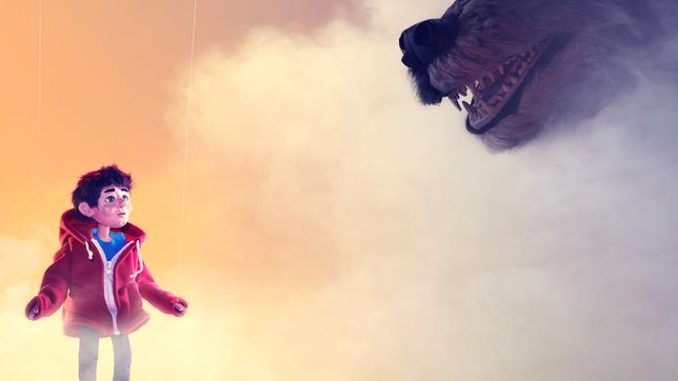 Finally, a good family show transcends age, and with Silo Theatre’s Peter and the Wolf, SIFA proved its programming to be welcoming to people from all walks of life, regardless of age or background. Reimagining Prokofiev’s score for a modern audience, puppets, a six-piece rock band and a local narrator (including Festival Director Gaurav Kripalani) came together to create surprisingly immersive and thoroughly enjoyable theatrical experience for all. If this is what a SIFA family show is like, we want more next year!

curious directive’s Oculus Rift-driven mystery Frogman  was problematic on many fronts. Certainly, we were impressed with its boldness in using VR as a focal point of this show, but to questionable ends, with a messy narrative and the technology itself serving little purpose, making us wonder the point of it all. Good use of technology in art must be tempered with a purpose, and not simply for the sake of it.

On the other end of the spectrum, Ho Tzu Nyen had a very clear idea of what he wanted to do with animatronic technology. The Mysterious Lai Teck has an intriguing premise surrounding truth and deception, but an overlong script and direction that bordered on indulgent, making this a show that we suspected might have been better off as an installation than a performance piece. 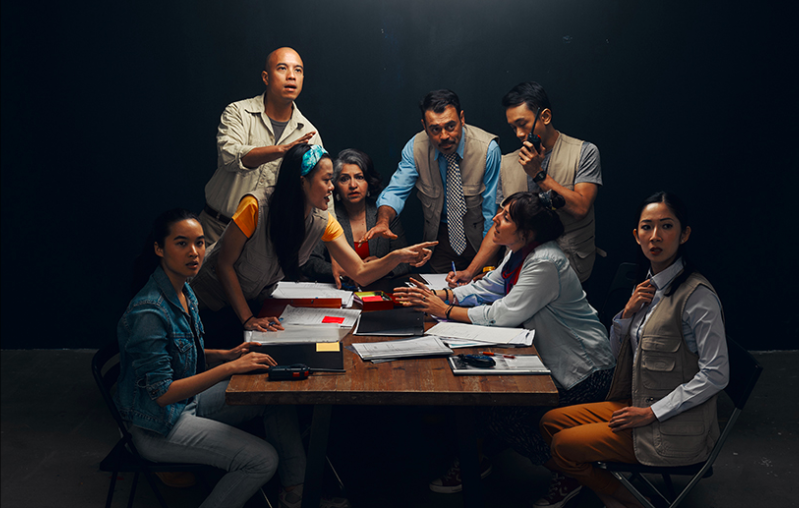 And finally, we come to Checkpoint Theatre’s Displaced Persons Welcome Dinner. Receiving mixed reactions from the general audience, we fell towards the negative end of responses, coming away from the theatre wondering the idea behind its flawed premise, its questionable content, and the uncomfortable feeling of it focusing on precisely the wrong people that made it come off as a #firstworldproblems play.

Says Festival Director Gaurav Kripalani in a press release: “I believe we are making great headway in what we have set out to achieve, which is to provide a holistic experience for all audiences, whether they are arts aficionados or first-time festival goers. It is encouraging to see that the curation of programmes for SIFA 2019 across multiple venues in the city has allowed us to successfully reach diverse communities, and that many are taking a step out of their comfort zones to explore genre-defying works and broaden their horizons.”

SIFA, under Gaurav’s leadership and the organising team from Arts House Limited, has shown growth since its inception in 2018, certainly drawing the attention of the public eye with its headline acts and move towards inclusivity of a wider range of audiences. Whether one is an arts veteran or a newcomer to the scene, whether you’re a child or a grandparent, SIFA’s promise for there being at least one work within its programme that will resonate with any audience is stronger than ever before.

With the number of international artists that SIFA has proven it can and will bring in, we’re excited to see what other big names SIFA can possibly bring in next year to top this one. Not to mention, we’re looking forward to more newly commissioned work from local companies Nine Years Theatre, The Necessary Stage and The Finger Players when they premiere in a year. Suffice to say, SIFA 2019, overall, has done a great job of instilling confidence in us of its execution and programming, and we’re ready to see what the next edition of the festival has up its sleeves when it returns May 2020.

The 2019 Singapore International Festival of the Arts ran across various venues from 16th May to 2nd June 2019. SIFA will return in 2020 from 15th to 31st May. For more information, visit their website